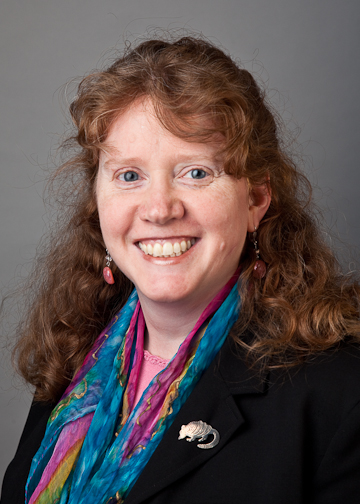 Gothic novels and architecture have always had an appeal in the United States.

Kerry Dean Carso, associate professor of art history at the State University of New York at New Paltz, examines this artform and what makes the mysterious exciting.

Kerry Dean Carso is chair and associate professor of art history at the State University of New York at New Paltz, where she teaches courses on American art and architecture.  Her research focuses on interconnections between the arts and literature in the nineteenth-century United States.  She is the author of American Gothic Art and Architecture in the Age of Romantic Literature (University of Wales Press, 2014), winner of the 2015 Henry-Russell Hitchcock Award from the Victorian Society in America.  She has also published several articles on Gothic Revival architecture and Romantic painting in peer-reviewed journals including Mosaic, Winterthur Portfolio, Symbiosis, The Hudson River Valley Review and Gothic Studies.  Her essay on architecture in Hudson River School paintings appeared in the exhibition catalogue for The Hudson River to Niagara Falls: Nineteenth-Century Landscape Paintings from the New-York Historical Society (2009) at the Dorsky Museum of Art on the SUNY New Paltz campus.  Professor Carso also published an essay “Man and Nature in the Hudson Valley” in the exhibition catalogue Russel Wright:  The Nature of Design (Dorsky, 2012) and an essay for the catalogue Jervis McEntee: Painter-Poet of the Hudson River School (Dorsky, 2015).  In fall 2014, she co-edited with Thomas Wermuth an issue of The Hudson River Valley Review on “Painters, Writers, and Tourists in the Nineteenth Century” and contributed an essay to the volume.

The architectural settings of early Gothic novels provided mysterious spaces in which anything could happen. The Gothic literary genre transported its late eighteenth and nineteenth-century readers to an imaginary realm, a pseudo-medieval place filled with dungeons, caverns, and subterranean labyrinths.  Haunted castles, lascivious monks, disembodied voices—the trappings of the Gothic novel gripped readers with spine-tingling tales of treacherous villains and virtuous heroines. Without risking a hair on one’s head, the Gothic reader vicariously experienced supernatural happenings and gained access to the awful and sublime secrets of the human soul.

From the very beginning, the Gothic has been a phenomenon that crosses modern disciplinary boundaries. The genesis of the Gothic Revival in architecture was Horace Walpole’s Strawberry Hill, a castellated villa in Twickenham, England. It was Walpole’s residence that inspired him to write the first Gothic novel, The Castle of Otranto, in 1764.

American artists and architects were among the most avid readers of Gothic fiction, which in turn informed their artistic output.  In a period of increasing nationalism, the Gothic Revival architectural style served to legitimize the American landscape with the materiality of European culture. American novelist James Fenimore Cooper gothicized his house Otsego Hall in Cooperstown, New York by adding battlements and towers in the 1830s, and in the same decade Romance writer Washington Irving transformed an old Dutch farmhouse on the Hudson River into the picturesque and fanciful Sunnyside by emulating Sir Walter Scott’s renovations of his baronial manor house Abbotsford in Scotland.

An interdisciplinary approach to the Gothic in all of its manifestations—literature, architecture, painting, and garden design—reveals a symbiotic relationship between art and literature in the Romantic era.  Indeed, Nathaniel Hawthorne wrote that he could understand Scott’s romances better after viewing Abbotsford, and he understood the house better for having read the romances.