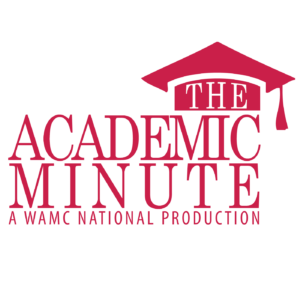 The Academic Minute is a two-and-a-half minute daily module which features researchers from colleges and universities around the world, keeping listeners abreast of what’s new and exciting in the academy.  A different professor is featured each day and you’ll enjoy updates on groundbreaking research and how it helps us better understand the world around us.

The segment opens with a selection by WAMC contributor and renowned cellist Yehuda Hanani, who appears on Classical Music According to Yehuda during WAMC’s Roundtable program. The piece is Bach’s Suite No. 2 in D Minor.

The program airs on 70 stations around the United States and Canada.  You can hear the show on our home station, WAMC, each weekday at 7:30 a.m and 3:56 p.m.  You can also stay connected by following us on Twitter, Tumblr, Pinterest and liking us on Facebook.

Production support for The Academic Minute comes from The Association of American Colleges & Universities.