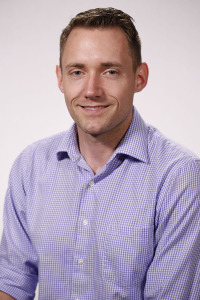 Yawns confuse scientists. We’re not exactly sure what they are or why we yawn. We know they’re contagious, but we’re still working out all the other details.

Dr. Andrew Gallup, an assistant professor of psychology has a new theory. He posits that yawns are a mechanism designed to cool the brain.

Dr. Andrew Gallup is an evolutionary psychologist who has diverse interests in evolution and behavior. His research utilizes both humans and animal models to approach basic and applied questions in ethology and evolutionary psychology. He teaches courses in introductory and biological psychology. Andrew holds a BA in Psychology with Honors from the University at Albany and his PhD in Biological Sciences (Ecology, Evolution and Behavior) with a Graduate Certificate in Evolutionary Studies from Binghamton University. Before coming to Oneonta, he worked as a Postdoctoral Research Associate in the Department of Ecology and Evolutionary Biology at Princeton University.

Yawning as a Brain Cooling Mechanism

Conventional wisdom holds that we yawn because we’re tired or bored. But did you know that elite athletes often yawn immediately before competition, and public speakers yawn prior to giving a presentation? It’s unlikely they’re sleepy or disinterested, so what’s really going on, here?

Although it is commonly believed that we yawn to increase blood oxygen levels, studies conducted over 25 years ago demonstrated that separate mechanisms control yawning and breathing.

Instead, more recent research suggests that yawning functions in thermoregulation. Specifically, evidence supports the theory that we yawn to cool our brains.

Here’s how it works. When you yawn, your gaping jaw increases circulation to your skull, pumping warm blood out of your brain. At the same time, inhaling deeply brings a wave of air into your nasal and oral cavities, cooling cranial arteries through convection. These two processes dissipate heat in much the same way that a radiator cools a car engine.

Consistent with this theory, cold weather, applying a cold compress to one’s forehead, or jumping in a cold pool all have been shown to diminish yawning frequency.

As for drowsiness, while it’s true that evening is prime time for yawning, this also is when brain temperature peaks. Being warm is what causes us to feel drowsy in the first place. It also makes us yawn.

But how much cooling can a yawn provide? Well, a single yawn can reduce brain temperature by .2 degrees Fahrenheit and excessive yawning can reduce temperature inside the skull by more than .7 degrees.

Research surrounding this theory on yawning could yield deeper insight into diseases like epilepsy and multiple sclerosis, which are associated with thermoregulatory dysfunction. This, in turn, might improve diagnosis and treatment of patients.

So don’t take it personally if people yawn in your presence. It’s not necessarily because you’re tiresome or boring. On the contrary, they’re just trying to lower their brains’ temperature. And that’s a good thing, because as the old saying goes, cool heads prevail.