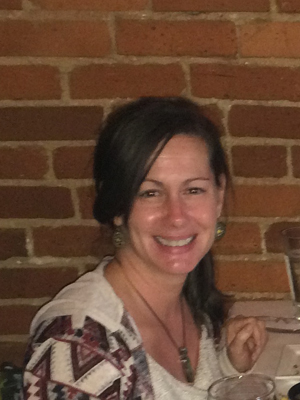 On University of West Georgia Week: Red-light districts were turned off during World War II, but did the crackdown work?

Stephanie Chalifoux, associate professor of history, explores how sex workers took to the road during this time.

Fields of Study: US Women’s History, the American South, Labor History, History of Sexuality, and Modern America.  Dr. Chalifoux examines sex work in the US South.  She is currently revising her dissertation for publication.  Her research interests include American women and the sexual marketplace, labor, and poverty.

My research examines the commercial sex market in the U.S. south during the 1940s and 1950s. During World War II, concerns about venereal disease led military officials and public health reformers to conduct a national campaign to close down red-light districts. The campaigns met with mixed success in both repressing prostitution and reducing infection rates.

After the war, national efforts to repress prostitution faded as sexual commerce rebounded. Local communities assumed the responsibility of purging vice from their towns motivated more by concern for public morals instead of public health.

In the ensuing efforts to close down vice districts, sex workers adapted by traveling in a series of organized commercial sex circuits throughout the south. The increased mobility afforded some women freedom and independence. However, the new system of constant movement created an opportunity for sex traffickers to exploit women.

What does this area of study tell us about gender, sex, and the south in the 1950s? Urbanization and industrial manufacturing flourished during and after World War II in the south. The economic landscape of the region changed and grew, but was not accompanied by parallel changes in a culture that held deeply entrenched ideas about sexual, racial, and gender hierarchies.

Women’s economic and sexual independence depended on the legal and cultural codes of behavior to which southerners were expected to adhere. The south criminalized and demonized women’s sexual behavior when it challenged convention, while providing few alternative economic opportunities for women.