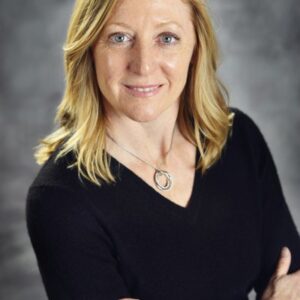 On University at Albany Week:  Effective messaging is key in total’s digital world.

Jeannette Sutton, associate professor and director of graduate studies, explores how to reach the target audience.

Jeannette Sutton, Ph.D., is an Associate Professor and Director of Graduate Studies in the College of Emergency Preparedness, Homeland Security, and Cybersecurity at the University at Albany, SUNY. Dr. Sutton specializes in disaster and risk with a primary focus on online informal communication, and public alerts and warning disseminated via terse messaging channels. Much of her research investigates the evolving role of information and communication technology, including social media and mobile devices, for disaster preparedness, response, and recovery.

Dr. Sutton has held numerous grants from the National Science Foundation, DHS, NOAA, USGS, and the Office of Naval Research. Her research has been published in Risk Analysis, the Journal of Homeland Security and Emergency Management; the Proceedings of Information Systems for Crisis Response and Management; Information, Communication, and Society; Health Communication; and the Proceedings of the National Academy of Sciences. Jeannette is a member of the National Construction Safety Team Advisory Board at NIST and the Alerts, Warnings, and Notifications Working Group for DHS S&T. She holds a Ph.D. in sociology from the University of Colorado, Boulder, and completed her postdoctoral training at the Natural Hazards Center.

Health agencies are playing a critical role in informing the public about COVID-19 through actions such as offering guidance on prevention, motivating compliance with health directives and combatting misinformation.

But, what makes the messaging effective?

Through research conducted with my colleague Carter T. Butts at UC Irvine, we analyzed 150,000 tweets about the pandemic from some 700 state and local agencies between February and April 2020 to see which messaging tactics led to the greatest number of retweets.

Our analysis started with a manual coding 9,000 random sample tweets, looking closely at both message content and other features used in each tweet. We then used automated methods to code the remainder of our dataset and built models to predict message amplification.

We found that tweets characterizing the impacts of the virus, its spread, and actions that individuals can take to protect themselves, were all features that most strongly influenced message retransmission; suggesting that Twitter users were looking for highly informative tweets to share.

Timing also mattered. For example, messages published after the national emergency declaration last March were passed on 44 percent more frequently than those sent before the declaration.

Tweets that included videos, and to a smaller extent, images and hashtags, were more likely to be retweeted. Tactics such as using exclamation points or presenting content in the form of a question did not appear to promote retweets – a notable difference from other short-term crises we have investigated in the past.

We also identified a list of COVID-19-related keywords and phrases that were commonly used to characterize vulnerable populations, disease spread and protective actions.

We are now conducting research on tweets posted after April to compare and identify trends.