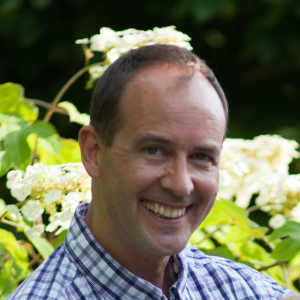 Can gendered language make a difference in hiring decisions?

Lewis Davis, professor of economics at Union College, delves into this question.

Prof. Davis has been a faculty member at Union College since 2006 and teaches courses on political economy, economic growth, and the economics of culture, and the economics of sin. He has over twenty peer-reviewed and edited articles, including three, coauthored with Union students, with recent publications in the Journal of Economic Growth, European Economic Review, Journal of Comparative Economics, Journal of Economic Behavior and Organization, and the Journal of Development Studies. Prof. Davis’ research addresses a broad range of topics, including economic growth, income inequality, political economy, intellectual property rights, individualism, social solidarity, and envy. Prof. Davis serves on the editorial boards of the Eastern Economic Journal and the Review of Economics and Institutions and recently organized the 11th Annual Workshop on Macroeconomic Research at Liberal Art Colleges, which took place at Union College in August 2015.

Languages differ in how gender is woven into their structure.  For example, nouns have no gender in English, but are either masculine or feminine in Spanish.  Similarly, personal pronouns are genderless in Finnish, are mildly gendered in English, which expresses gender only in the third person singular, “he or she”, and are more heavily gendered in Hebrew and Arabic, with gender expressed in first or second person pronouns as well.

According to some linguists, speaking a gendered language highlights gender distinctions in the mind of the speaker, leading to greater gender inequality across a range of social outcomes.

But viewed next to other issues feminists have championed – from equal pay to votes for women – the debate over gendered language may easily seem abstract or even frivolous.  In the face of near daily reports of gender discrimination and sexual harassment, should we really care about how people speak?

To answer this question, my student Megan Reynolds and I investigated the relationship between gendered language and the educational gender gap, an important form of gender inequality that is closely linked to unequal incomes, jobs, and health.

Employing an international survey of over 150,000 people living in 70 countries and speaking 34 separate languages, we found that speaking a language with a sex-based system of nouns, such as Spanish or Italian, is associated with three-quarters of a year increase the educational gender gap.  Speaking a language with gendered personal pronouns has a similar, but somewhat smaller, effect.

Our findings suggest that some portion of gender inequality is rooted in language, and thus likely to resist the otherwise equalizing effects of economic development.  If so, then efforts to reform gendered language, including the use of he and she in English, can have important consequences for women’s lives.  Perhaps that’s not so frivolous after all.