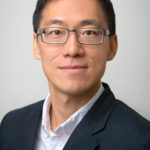 “You are what you eat” just got more prophetic.

Jack Tseng, assistant professor in the department of pathology and anatomical sciences at the University at Buffalo, examines how the shape of your head might be determined by what goes in your mouth.

I am an integrative and evolutionary biologist, and my research focuses on the quantitative and functional anatomy and evolution of the mammalian craniodental system.

One of the oldest endeavors in the study of gross anatomy is the exploration of the link between musculoskeletal structure and function. For centuries, scientists and artists alike have been digging into anatomical systems to draw connections between animal forms and the functional adaptations that allow some species to out-compete and out-survive others. Scientists’ and physicians’ understanding of current structure-function relationships can be improved by incorporating the long-term, evolutionary histories of anatomical systems.

Research in my laboratory is focused on the macroevolutionary-scale patterns of structure-function relationships in mammals and other vertebrate groups. My model system of choice is the skull of carnivoramorphan mammals (dogs, cats, bears, hyenas and their living and extinct relatives). Despite the suggestion of a meat-eating lifestyle implied by the name of this mammal group, living carnivoramorphan species include not only specialists of vertebrate soft tissues, but others that are adapted to feed on insects, plants, fruits–or even bones. Projects in my lab include analysis of important variables such as diet, evolutionary relationships and non-masticatory functional constraints and their interplay on the structure and function of the skull as a feeding tool. I use methodologies such as landmark-based shape analysis (geometric morphometrics), model-based assessments of feeding performance (finite element analysis) as well as experiment-based model validation approaches and field-based and collection-based research on extinct mammal groups.

I also use theoretical modeling approaches based on computed tomography (CT) to test functional optimality in skull structures of carnivoramorphans and primates (including humans). My goal is to develop a prototyping approach to better understand structure-function patterns of musculoskeletal systems. This will lead, eventually, to novel biomedical devices such as body implants and replacement body parts (e.g., artificial limbs) that benefit from a design approach informed by evolution.

My lab is currently accepting students for the Anatomical Sciences or the Ecology, Evolution, and Behavior Masters Programs.

Tigers, Pandas, and Sea Lions: what do these animals have in common?

They all belong to the mammal group Carnivora. These carnivorans and their closest living relatives — there are about 280 species — are photogenic, some highly endangered, and all of them fascinating.

The long-running observation that carnivoran species with similar diets also share similar skull anatomy, is considered evidence that skull shape and engineering can be explained mainly by their diet.

We studied the skulls of 53 species that represented every living family and dietary adaptation known in the group using 3D shape analysis to capture species differences from CAT scans.

Next, we compared this shape information against nine ecological factors, including diet, habitat, growth history, and size. We tested the idea that diet is the main predictor of skull shape.

We found that skull shape is not only predicted by diet, but also by a species’ age at maturity and the amount of rainfall in their environment. We used biting simulations to show that these factors also predict how well skulls function as food processing tools.

This means, for carnivorans, you are what you eat, but so much more!

We hope to build on this work by studying extinct species and other groups of mammals to see how widespread this phenomenon might be.

The take home message? The next time you feed your dog or cat, marvel at the wonderfully complex evolutionary processes that have shaped those powerful jaws.