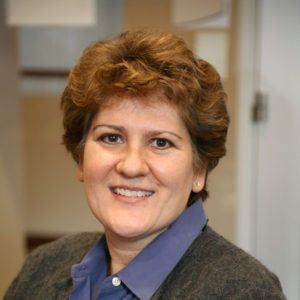 The world is becoming more tolerant for LGBTQ individuals, but we have a long way to go.

Dr. Dicklitch-Nelson’s  current research focuses on the F&M Global Barometer of Gay Rights (GBGR) which she co- developed with  Berwood Yost, Director of the Center for Opinion Research at the Floyd Institute for Public Policy at Franklin & Marshall College. The GBGR tracks  29 indices of  rights protection or repression of sexual minorities in 188 countries. Countries are categorized on a five-point scale as   Persecutors, Intolerant, Resistant, Tolerant or Protecting, and given a grading score of A-F.

A strong advocate of civic engagement, Dr. Dicklitch-Nelson  has served as an expert witness on human rights country conditions in Cameroon and Uganda in over 70 political asylum cases in Immigration Court in the United States, Canada, and the United Kingdom. She teaches courses in  African politics, human rights and  asylum law. In Spring 2011,  the U.S. News & World Report listed her Human Rights-Human Wrongs class as one of 10 classes that impact the outside world. Dr. Dicklitch-Nelson has developed  high-impact experiential learning opportunities for students in Ghana, South Africa, Honduras, and Ecuador.

LGBTQ individuals are the most vulnerable minorities on the planet. Their mere existence often challenges cultural norms, traditions and power structures. They have been treated as social pariah and scapegoats for the economic, political and social ills in their countries. Our research shows, that the world is far from a safe place for sexual minorities.

The F&M Global Barometer of Gay Rights (GBGR) is a country-by-country rating system measuring the human rights of sexual minorities in 188 countries. The GBGR assigns each country a letter grade on the familiar A-F scale. This grading system uses 29 variables in six categories that go beyond constitutional protections Countries are classified as protecting, tolerant, resistant, intolerant or persecuting based on their score.

The Middle East and North Africa were the most persecuting regions in the world, while the most protecting region was Western Europe. Closer to home, the United States earned a grade of “C” or resistant.

Between 2011 and 2015 the GBGR world mean score rose two points, or 7.1 percent indicating a gradually rising barometer of tolerance. While indicative of progress, this does not signal success. Sexual minorities have a long way to go before they can enjoy the same rights as their fellow human beings.