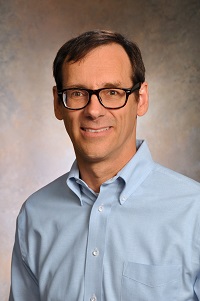 Loneliness might be passed on from one generation to another.

Abraham Palmer, professor of psychiatry at the University of California San Diego, examines if a tendency for loneliness can be found in your genes.

My research examines the influence of genes on behavior and reflects my training in behavioral neuroscience, molecular biology, pharmacology and quantitative genetics. I am currently pursuing research projects that use mice, ratsand humans. A major focus of my work has been on developing and refining methods for genome wide association studies (GWAS) in model organisms and integrating these results with expression QTLs (eQTL) to identify specific and testable hypotheses about the role of genes in behavioral and other traits. My lab is currently studying several genes that we identified using these methods with the goal of gaining novel mechanistic and biological insights. My work in humans focuses on intermediate phenotypes, such as amphetamine sensitivity and delay discounting and seeks to use polygenic methods to examine overlap with psychiatric diseases and to translate findings between humans and model organisms in which these same traits can be examined.

Do These Genes Make Me Lonely?

Loneliness is an unpleasant feeling that we’re all familiar with.  But Loneliness isn’t just a bad feeling, it’s also associated with serious health problems. People with similar networks of friends and family may have very different perceptions about how lonely they are. Twin studies have shown that some of these differences are due to genetic differences. We conducted the first genome-wide association study of loneliness, which we defined as a life-long trait, rather than a temporary state.

In our study, we examined genetic and health information from more than 10,000 older adults. Participants answered questions like “How often do you feel left out?” Millions of genetic differences were also measured in each person.

We are now increasing our sample size in hopes of identifying specific genes that influence loneliness, which would provide additional insights into the underlying biological and molecular mechanisms. Our long term goal is to understand the biological basis of the human social behavior.