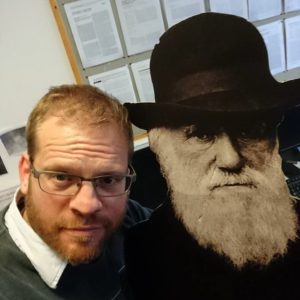 What do your genes say about you?

Sasha Dall, Senior Lecturer in Mathematical Ecology at the University of Exeter, examines how genotype and local environment work together during development.

The primary aim of my research is to explore how animals cope with the unexpected opportunities and dangers they face in their day-to-day lives. To this end, I study how animals collect and provide information to reduce uncertainty about significant events, or how they insure against it, along with evolutionary and ecological consequences of such risk management. Research in my group ranges from the development of explicit theoretical (mathematical and computational) models, through work on captive birds in aviaries (zebra finches, starlings) to work in the field with birds (pied flycatchers, barn swallows, red grouse, European shags, chestnut-crowned babblers) and mammals (badgers, lions, wolves, grey squirrels). I am also a (senior) Editor for Proceedings of the Royal Society of London – Biological Sciences.

Genes as Cues for Development

The development of multicellular organisms involves a delicate interplay between genetic and environmental influences. It is increasingly useful to think of developmental systems as integrating available sources of information about current conditions to produce mature organisms. 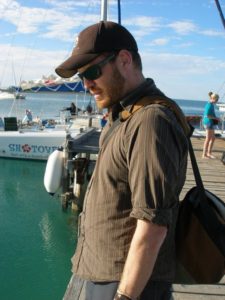 Non-genetic influences in this process often include environmental cues and things like inherited physiology or behavioural traditions, which commonly reflect biologically-important parental experiences. But, it is underappreciated that genes themselves can act similarly as cues. This happens if there is limited gene flow among different environments, so an individual’s genotype (particular set of genes) will statistically correlate with local environmental conditions. In effect, genes provide information that the specific features of organisms they influence have had local success. Also environmental effects and genetic variation often influence developing organisms in remarkably similar ways. So we argue that it makes sense to think of both genes and inherited physiology as providing informative cues, similar to the environmental cues available during development. Since the developmental integration systems themselves have genetic influences, we expect them to evolve to produce mature organisms that fit well with current social and ecological conditions. We are exploring mathematically how this perspective can help explain weird biological phenomena.

For instance, the very fact that an animal exists often suggests that it is likely to already be in a good environment for its genes, because the genotype will be produced at its highest rates where it best fits its environment and so the majority of the individuals sharing a particular genotype will be born into “good” habitats. This simple genetic accumulation bias means individuals often inherit enough information about what’s best to do to make it unnecessary to learn anything new during their lifetimes, which helps explain apparently “stupid” lifestyles – like salmon blindly returning to where they hatched to breed