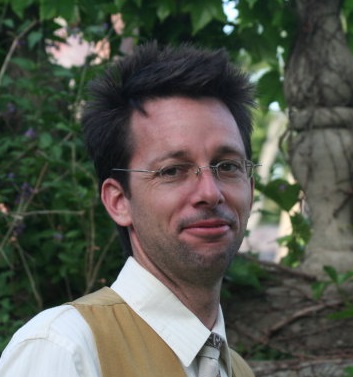 If ethanol consumption is known to be toxic, why have humans consumed it throughout history?

Matthew Carrigan is an Assistant Professor of Biology.  He began his PhD in neuroscience at University of Florida’s College of Medicine studying the evolution of neuropeptides, and ended by investigating the origins and early evolution of life.  His recent research explores molecular adaptations in primates, with an emphasis on medically relevant evolutionary changes in the lineage leading to modern humans.  He began teaching at Santa Fe College in 2013, and received the James Gregg teaching award in 2014.  He enjoys teaching science majors and non-majors to appreciate the beauty and complexity of living systems in their midst.  He is particularly interested in providing students an opportunity to learn how to “think like a scientist” outside the classroom by participating in research that combines data collection in the field with modern molecular laboratory techniques.

Consumption of ethanol—or alcohol, in common parlance— is nearly universal across human cultures and throughout human history, even though its toxic potential is widely known….but why?

Some researchers suspect the modern human tendency to consume ethanol could stem from our distant evolutionary history.  In much the same way we are wired to enjoy sugar, salt and fat – perhaps our genes adapted millions of years ago to promote ethanol consumption when this may have provided an important dietary benefit, presumably because ethanol was present in fermenting fruit.

Others argued that the amount of ethanol is insignificant in naturally fermenting fruit, and became significant only 10,000 years ago when humans learned how to intentionally manipulate fermentation.

Determining when humans began consuming ethanol would help us understand why some who consume ethanol become addicted, while others can consume healthy amounts throughout their life.  But how does one go back in time to determine this?

We used an approach called paleogenetics.  First, we sequenced the DNA that encodes ethanol metabolizing enzymes from a wide variety of modern primates, from chimpanzees and gorillas to monkeys and lemurs.  We then used this DNA to predict the genes in our distant ancestors over the past 60 million years.  Finally, we re-created in the lab these prehistoric enzymes and tested how effectively each enzyme could metabolize ethanol.

The results were very clear – the ancestor of humans and our close relatives, the chimpanzee and gorilla, acquired a mutation ~10 million years ago that enable them to metabolize ethanol much more efficiently than previous ancestors.   This coincided with a major global climate change that caused the African forests to shrink, and suggests our ancestors adapted to ethanol in fruit to cope with a dwindling food supply.

This does not mean our genomes are adapted to the much higher levels of ethanol found in modern alcoholic beverages… and so much like with sugars, salt and fat, we are now at risk of over-consuming something that was once scarce but important.