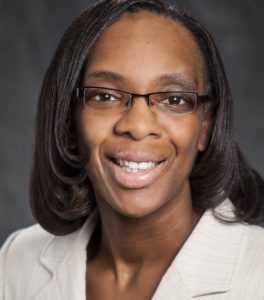 Can you call someone the greatest of all time when not all people were allowed to play?

Lori Martin, Associate Professor in the Department of Sociology and Department of African and African American Studies at Louisiana State University, discusses how racism has tinged this question since the early days of major competitive sports.

Lori Latrice Martin conducts research on race and ethnicity, racial wealth inequality, black asset poverty and the sociology of sports. She is originally from Nyack, New York. She received her doctorate from the University of Albany, State University of New York. She is an associate professor in the department of sociology and the African and African American Studies program. She has authored and edited more than 10 books including White Sports / Black Sports: Racial Disparities in Athletic Programs.

We must understand sport as a social institution. As such, sports are impacted by all of the -isms that plague the society at-large, including racism. American sports were segregated for a time, but that was not always the case.  Blacks and whites competed against each other and with each other long before Jackie Robinson took the field for the Brooklyn Dodgers. Blacks played college sports at predominately white schools and played professional baseball on predominantly white teams. Black jockeys and cyclists were among the nation’s most successful and highest paid athletes before the rules were changed to push them and generations out of the sports they loved. 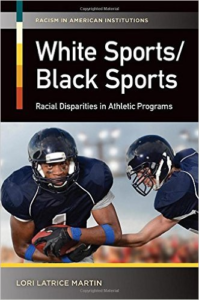 While the color line functioned more like a color wall, blacks and whites in their respective leagues kept and racked up a host of records and superlatives. Can an athlete who played during an era when entire groups of people were forbidden from participating ever be considered the greatest of all times?  The question is often raised in the days leading up to Hall of Fame inductions or in discussions about the use of performance enhancement drugs.

The same question should be raised at all levels of athletic competition where the history of racism was manifested in restricting participation in an effort to maintain the myth of one group’s superiority and another group’s inferiority. Sadly, we, as a society, have a tendency to celebrate some aspects of our history and sanitize, discount or even minimize other parts of our history. Whether we choose to acknowledge it or not, the record books at many storied institutions of higher learning would simply not be the same if sports were really the only place where talent, hard work, drive, and dedication were all that mattered.