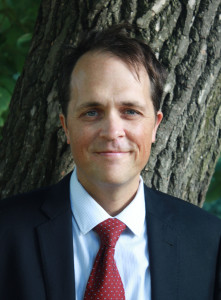 The turtle shell is an iconic feature.

Gaberiel Bever, assistant professor of anatomy at the New York Institute of Technology, explains his new findings in the evolutionary history of turtles.

Dr. Gaberiel Bever is an evolutionary biologist and paleontologist who studies the origin of vertebrate body plans using a multidisciplinary approach that integrates the fossil record with systematics, comparative anatomy, and developmental biology. His research has been published in such journals as Science, Nature, and Proceedings of the National Academy of Sciences, and has been covered by more than 300 media outlets including the New York Times, Los Angeles Times, NBC, CNN, and the BBC. Dr. Bever is an active field researcher and has collected fossils in the western United States, Spain, southern Africa, western China, and the Gobi Desert of Mongolia. A native of Colorado, Dr. Bever grew up in rural southeastern Kansas and received his B.S. (Biology) from Pittsburg State University (KS)—who selected him as an outstanding alumnus in 2013. He earned his M.S. from Fort Hays State University and his PhD from The University of Texas at Austin. Dr. Bever has held the Lerner-Gray Fellowship at the American Museum of Natural History in New York and was an Interdepartmental Fellow at Yale University. He is currently an Assistant Professor of Anatomy at the New York Institute of Technology, College of Osteopathic Medicine, a Research Associate at the American Museum of Natural History, and an Honorary Senior Researcher at the Evolutionary Studies Institute, University of the Witwatersrand, Johannesburg, South Africa. Dr. Bever resides in New York City with his wife Dr. Amy Balanoff.”

The shelled body plan of turtles is not only one of the most iconic evolutionary innovations known to science, but also one of the least understood.

The cryptic nature of turtle origins, in part, reflects the absence of what Darwin called “intermediate links.” Such fossils have proven decisive in connecting other modern groups to their evolutionary past. For example, the dinosaurian origin of birds is clearly evidenced by the mixture of dinosaur and bird features expressed in such famous fossils as Archaeopteryx.

Turtles never had their Archaeopteryx. Instead, the oldest known fossil turtles already possessed the features that make modern turtles so distinctive—including a shell and jaws without teeth.

This is no longer the case. My colleagues and I recently published evidence that a 260 million-year-old fossil reptile from South Africa, known as Eunotosaurus africanus, is the link to turtles that biologists have been seeking for more than a century. Eunotosaurus lacks a shell in the modern sense, but its wide ribs and circular trunk are harbingers of the turtle shell that would take another 45 million years to fully evolve.

A detailed study using high-resolution CAT scans reveals that the skull of Eunotosaurus not only bears evidence of a close relationship with turtles, but also convincing clues of how turtles are related to other reptiles.  Modern lizards and crocodiles possess a pair of openings behind the eyes that allow the jaw muscles to expand during chewing. Modern turtles don’t have this configuration, but Eunotosaurus, we have learned from our digital dissections, does.

So, what does this mean? Well, it means that turtles are a product of the same evolutionary radiation that produced lizards, crocodiles, and even T. rex, and that in forging this link, Eunotosaurus helps Science take an important step towards a better understanding of the tree of Life.