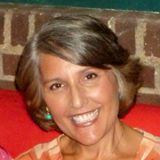 Planned Parenthood and abortion are often linked in the news.

Today on the Academic Minute, Robyn Rosen, a professor of history and women’s studies at Marist College, talks about the complex history the organization has with abortion.

Robyn Rosen, professor of history and women’s studies at Marist College since 1994, teaches classes in modern U.S. and women’s history. She is the author of the book, Reproductive Health, Reproductive Rights: Reformers and the Politics of Maternal Reform, 1917-1940 (Ohio State University Press, 2003) and the editor of Women’s Studies in the Academy:
Origins and Impact (Prentice Hall, 2004). Her published work has appeared in the Journal of Women’s History, Gender & History, and the New York History. Her current project seeks to explore the impact of the legalization of abortion and second wave feminism on the family planning movement, and to place controversies over abortion in the broader context of cultural and political change in the 1970s.

Planned Parenthood clinics are being closed all over the country.  This organization’s status as a poster child for the culture wars began in the 1980s and has been fixed firmly ever since. But, generations of controversy tends to obscure the organization’s history. Established in 1921 as the American Birth Control League, it fought for the legalization and accessibility of contraception.

Attaining these goals necessitated avoiding any discussion of women’s sexual freedom in favor of arguments that emphasized maternal and infant health. Over the next decades, advocates touted the eugenic benefits of birth control as well as its role in population control and immileration of poverty. These varied arguments ultimately worked and by the early 1970s the family planning movement had become rather mainstream and even making it on an eight cent postage stamp in 1972. 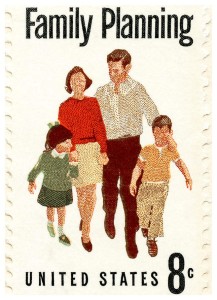 All of this changed the very next year when the Supreme Court legalized abortion in the Roe vs. Wade decision. On the heels of this decision, the historical record shows that Planned Parenthood clinics around the country faced a dilemma- should they add abortion to their family planning service? While some argued that abortion constituted a natural next step for an organization devoted to helping women manage their reproductive health, others recognized that in an increasingly polarized political and cultural climate, opposition to the work of Planned Parenthood would develop if it took on this responsibility.

So, while the women’s movement of the 60s and 70s campaigned vigorously for abortion rights, making it a central issues for feminists, the family planning movement did not take on a leadership role in this cause.  My research shows that there was a certain level of discomfort in the feminist cry for the right of women to control their bodies as Planned Parenthood had consciously distanced itself from feminist rhetoric for so many decades.  Thus, our current association of Planned Parenthood with abortion, belies the complexity of the organization’s history.