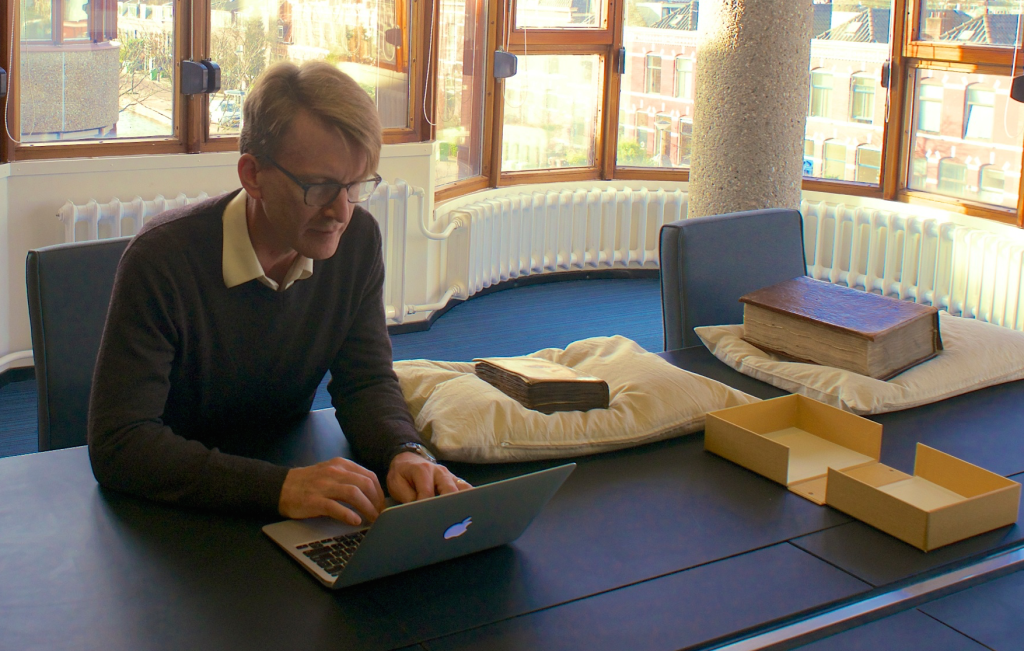 Everything is going digital!

Neel Smith is an associate professor of classics at the College of the Holy Cross where he teaches a wide range of courses in ancient languages, archaeology and ancient science. For more than 25 years, he has explored the implications of new information technologies for humanists, including work on the Perseus Project, and for the past ten years as a co-architect of the Homer Multitext project. As faculty advisor to the Holy Cross Manuscripts, Inscriptions and Documents Club since its foundation in 2012, he has been a frequent co-author with undergraduate colleagues on topics growing out of the club’s research.

When 2015’s college graduates were high school students, only a handful of manuscripts could be studied from openly licensed, high-resolution images.

Today, that number runs in the thousands, with contributions from public institutions like the French National Library, private institutions like the University of Pennsylvania and individual projects like the Swiss e-codices project. Our basis for understanding how ancient texts have been used, recreated and transmitted has fundamentally changed

My undergraduates  recognized this and responded in 2012 by forming a unique club dedicated to research on manuscripts and other documents.

Ongoing projects focus on manuscripts of the Iliad with scholarly commentary or scholia; on the tabular Chronicle of world history by Jerome; and on the transmission of mathematical diagrams in Greek, Arabic and Latin manuscripts.   Teams record every mark they see, and cite visual sources for all their editorial work. Instead of aiming at eliminating evidence in order to reconstruct a hypothetical archetype, they approach each manuscript as a unique moment in the text’s history.

Collectively, these projects are contributing to a broader reassessment of medieval scribes: more than mere copyists, they could be highly educated scholars,  often able to draw on rich sources no longer available to us.

The volunteer teams work without course credit or pay, but have presented their research at conferences in six countries and four states in the US, and for the past two years club members have won Fulbright scholarships for manuscript projects.

Digital access is changing how we think about acquiring knowledge, and is radically changing who can contribute to that progress.