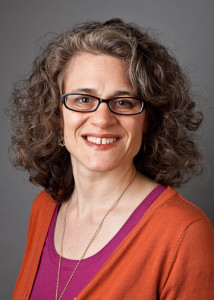 Heartbreak is often cited as direct inspiration for art.

Lisa Phillips, a journalism professor at SUNY New Paltz, is studying the effect unrequited love has on inspiration.

Lisa A. Phillips, an assistant professor of journalism at SUNY New Paltz, is the author of Unrequited: Women and Romantic Obsession published by HarperCollins in 2015. The Washington Post called Unrequited “an ingenious hybrid of memoir, case study, scientific inquiry and intellectual history, not only of unrequited love but of Love, full stop, with a capital L.” Unrequited has been featured in Cosmopolitan, Psychology Today, Maclean’s, and Salon.

A former public radio journalist, she is also the author of Public Radio: Behind the Voices She’s written for The New York Times, The Boston Globe, and many other national publications.

A Study of Unrequited Love

“Tis better to have loved and lost/Than never to have loved at all.” This quote is often used to soothe people whose hearts have been broken. But we don’t always know what it means. In my interviews with people who have gone through romantic rejection and my research into the history, psychology, and science of unrequited love, I found that Alfred Lord Tennyson’s sentiment can hold true, particularly for creative people.

The world would be a lesser place without the writing and art that unrequited love inspired in Charlotte Bronte, Sappho, and Van Gogh.

So how does heartbreak inspire art?

There’s the Freudian idea of sublimation: We shift our desire for sex into other pursuits. What’s more, brain scan research shows that our neural responses to love and art overlap. When we feel passionate love or look at a work of art we consider beautiful, blood flow increases in the caudate nucleus, an area of the brain that integrates complex thoughts and emotions with feelings of desire and focus associated with the neurotransmitter dopamine.

Another brain benefit of romantic rejection, whether you’re an artist or not, is that heartbreak fires up a part of the brain associated with responding to gains and losses. We want to figure out why the rejection occurred and how we can fix it – a mind state that has the potential to help us better understand ourselves.

Granted, not all of us benefit from unrequited love. This painful state can drive people to depression, self-destructive behavior, aggression, and even stalking. Forty percent of the women I surveyed said their experience of unrequited love changed their lives for the worse. But nearly a third said it made their lives better. In in-depth follow up interviews, several women recounted how their heartbreak pushed women to a more genuine and productive existence.

For them at least, Tennyson spoke the truth.