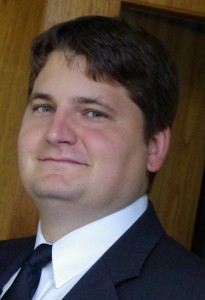 Jon Mikolashek is currently an Associate Professor of History at the United States Army Command and General Staff College and American Military University. Previously, he worked as a historian for the United States Army Center of Military History at Ft. McNair in Washington, D.C. in the Contemporary Studies Branch and as a military/political analyst for the Terrorism Research Center in Arlington, Virginia. In addition, he has taught at Florida State University, James Madison University, and community colleges.

His book, General Mark Clark: Commander of U.S. Fifth Army and Liberator of Rome was released in March 2013. He also released Operation ENDURING FREEDOM: 2002-2005 in 2013. Along with the two books, he is the author of a chapter in Tip of the Spear: Small Unit Actions in Iraq, and numerous articles on World War II and counterinsurgency. Aside from the project on 5/2 SBCT, he is also working on a book on the Battle of Wanat, a significant battle that took place in July 2008.

General David Petraeus, Lieutenant Colonel John Nagl, David Kilcullen. These are just a few of the luminaries that wrote the United States Army’s counterinsurgency doctrine, Field Manual 3-24. The piece of doctrine was lauded by politicians, military officers, and academics alike.  However, there is a tiny flaw with U.S. style counterinsurgency doctrine: It is bad history.

Derived from the European colonial experience, it draws heavily from the British experience in Malaya, and the French experience in Algeria. The belief is simple; what principles worked in those wars, will work in Afghanistan and Iraq. Sadly, they do not. My research goes against the accepted notion of American counterinsurgency. Counterinsurgency must be a balance between the enemy and the civilian population. 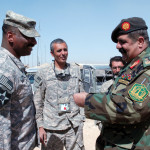 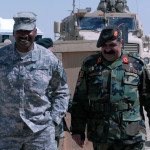 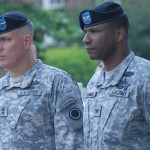 Using recently declassified documents, hours of interviews, and previous American military doctrine, my research shows that the dogmatic, population-centric approach to counterinsurgency has failed at all levels of modern war. This becomes clear when examining the activation, deployment, and reflagging of 5th Stryker Brigade Combat Team, 2d Infantry Division.

Upon redeploying home from Afghanistan in the summer of 2010, news broke that a handful of enlisted personnel from the brigade murdered innocent Afghan civilians. As the story unfolded in the pages of The Washington Post, Rolling Stone, and other newspapers around the United States, a narrative developed that the soldiers committed these war crimes because their commander, Col. Harry Tunnell, rejected the “hearts and mind,” population-centric approach of 3-24 and instead focused on a more enemy-centric, counterguerilla doctrine.

Following the Army’s own investigation into the matter, Tunnell was cleared of wrong doing.  However, this did not stop the negative articles and books written about his command and comments on counterinsurgency.  Tunnell and the brigade focused on destroying the enemy, as any infantry brigade should.

But Tunnell and his unit did practice “good” counterinsurgency and my research shows that the kill teams were not borne out of being too aggressive or following counterguerrilla doctrine, and that the popular narrative around 5/2 and its former commander, is yet another example of bad history.