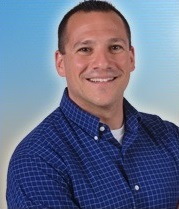 Are you a Neanderthal?

According to Glenn Geher, psychologist at New Paltz, you might very well share some DNA with these ancestors of ours.

Glenn Geher is professor and chair of Psychology as well as director of Evolutionary Studies at SUNY New Paltz. He has taught several courses at the undergraduate and graduate levels—including Statistics, Social Psychology, and Evolutionary Psychology—and has won the New Paltz Alumni Association’s Distinguished Teacher of the Year Award, along with the Chancellor’s Award for Teaching Excellence from the State University of New York. He holds a PhD in psychology from the University of New Hampshire.

Recent genetic evidence has revealed that modern humans (Homo Sapiens) hybridized to some extent with Neandertals approximately 40,000 years ago. The modern human genome reflects this fact. However, we all vary in terms of how much of our individual genome overlaps with the best estimates we have of typical Neandertal genomes. Modern personal genome companies, such as 23.and.me, provide individuals with a Neandertal overlap percentage—typically varying from approximately 0 to 4 percent. Some of us have more Neandertal in us than do others.

The New Paltz Neandertal Project included the administration of a battery of personality and psychological measures to individuals who have had their personal genomes mapped to examine the correlates of relative Neandertalness. Based on this methodology, we hope to reconstruct the behavioral and personality features of Neandertals by seeing which variables people who score high in Neandertalness tend to demonstrate in high levels. A preliminary analysis of nearly 100 adults from around the world has revealed the following findings:

People relatively high in DNA overlap with Neandertals show the following:
low extraversion; high neuroticism; bad relationship with father; low emotional support from others; a-religious; and they do not enjoy reading fiction.

Conversely, folks who are less related to our Neandertal relatives are more extraverted, less neurotic, and more likely to express having a strong social network.

One main theory regarding the so-called extinction of the Neandertals revolves around the fact that, unlike Homo Sapiens, they did not form large social groups beyond kin groups. The preliminary findings here seem to map onto this conception of Neandertals as intelligent but as less socially oriented than their Homo Sapien counterparts.

For More: Glenn Geher on the Amy Alkon Show