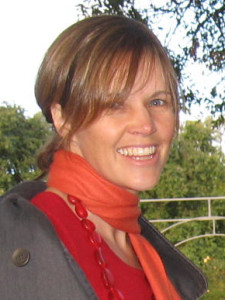 Can the relocation of a species’ habitat save it from extinction?

Nicola Mitchell, a zoologist at The University of Western Australia, is working to recolonize the western swamp turtle and hopefully save the species from extinction.

Dr Nicola Mitchell is an associate professor of zoology at the University of Western Australia where she runs lab focused on anticipating the impacts of environmental change on threatened species. Current lab members work on freshwater turtles, sea turtles and frogs, employing skills in physiological ecology, genetics and environmental modelling to investigate the capacity of species to adapt to climate change. Pre-emptive conservation strategies such as assisted migration are a major research interest. Nicola holds a Ph.D. from the University of Adelaide.

The Western Swamp Turtle is in trouble.

One of the world’s rarest reptiles, it was described from a single specimen collected in 1839, and rediscovered in the 1950s when a schoolboy found one walking across a road.

Ultimately, about 300 animals were located in two small wetlands in the 1960s, but numbers dropped to less than 50 animals in the 1980s. The population has grown slightly since, but a key limitation to continued growth is glaringly obvious: climate change.

The turtle’s natural habitat is near the Australian city of Perth where winter rainfall has fallen dramatically since the 1970s. As turtles feed, grow and mate in ephemeral swamps, a change in water availability is a problem. Females reabsorb eggs if they can’t secure enough aquatic food, and hatchlings desiccate in summer if they don’t grow to a critical size in their first year in the swamps.

A solution known as ‘assisted colonization’ has been proposed to help turtle populations persist in the wild.

This means that turtles would be released in more climatically suitable regions – but, also into regions where they have never occurred before.

In Australia, south is the logical direction to look for better habitats. Our modeling suggests that coastal wetlands several hundred kilometers south may be ideal, but these areas are well outside the historical range of this species.

Unease about the potential impact of introducing species to novel habitats is well founded.

However, as captive-bred turtles have been released into nearby habitats with no obvious ill effect, assisted colonization is not such an ideological challenge for the biologists involved in the species’ recovery.

In fact, Perth Zoo has now bred more than 600 turtles for release, and once a site is selected and risk assessments complete, we may see the first assisted colonization of a vertebrate due to climate change.

And if these turtles survive and thrive, it may pave the way for the assisted colonization of other endangered species.

MDPI: Linking Eco-Energetics and Eco-Hydrology to Select Sites for the Assisted Colonization of Australia’s Rarest Reptile