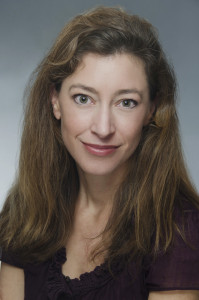 New insights into pertussis are helping to fight the disease.

Jennifer Maynard, a chemical engineer at The University of Texas at Austin, is working to fight whooping cough.

Jennifer Maynard is the Laurence E. McMakin, Jr. Centennial Faculty Fellow and an associate professor of chemical engineering at The McKetta Department of Chemical Engineering at The University of Texas at Austin. There, she runs the Maynard Lab for Protein and Immuno-engineering.

In the 1930s, whooping cough, or pertussis, was the most common cause of death for infants in the United States. The introduction of vaccines reduced this dramatically, but in recent years the disease has become more common. More cases were documented in 2012 than in the prior 60 years. Even worse, by the time pertussis is diagnosed, antibiotics are often not effective and there are no other specific treatments.

Pertussis is of greatest concern for infants who haven’t been fully immunized. During infection, the Bordetella pertussis bacteria first infect the lungs, then grow while secreting a large number of toxins. Antibiotics do not affect the toxins and these are responsible for the severe symptoms of disease, such as violent coughing.

The toxins cause huge numbers of white blood cells to migrate into the blood, clogging the lungs and other organs. Toxins also paralyze the immune system so it cannot kill the bacteria or remove toxins from the body.

Infants who become ill either haven’t been vaccinated or haven’t had time to develop their own immune response to the vaccine, so that’s where we come in. We have created an artificial immune response in the lab.

We engineered two antibodies to tightly bind and inactivate the key toxin produced in pertussis. One antibody prevents the toxin from binding human cells, the other blocks its enzymatic activity. We can then inject these antibodies into a sick infant to provide “instant immunity” to pertussis. In animal models, the antibodies halted progression of the disease and allowed for a much faster recovery. We hope these antibodies may prevent disease during outbreaks if provided before an infant becomes ill.

Bordetella pertussis is a master at infecting humans and continues to cause disease in spite of wide-spread vaccination for many decades. By creating artificial immunity we can help infants and learn how to outsmart this bacteria.