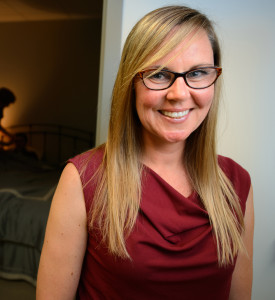 Is your Facebook feed distorting your ability to recall events accurately?

Dr. Kimberly Fenn is associate professor of psychology and director of the Sleep and Learning Lab at Michigan State University. Her research explores the effect of sleep on memory and learning, as well as memory consolidation, learning and skill acquisition, mathematical learning, gesture and learning, and implicit and explicit learning.

Psychologists have long known that memory is imperfect and prone to distortion. Specifically, memory can be altered due to information that is acquired after the original memory.

For example, if you think back to a salient memory in your life, perhaps your high school graduation, your memory feels very real, almost like a video playing in your head. However, it is highly likely that your memory is composed not only of things that you actually experienced, but also of other experiences that were later integrated with the original memory, possibly discussions with family and friends or pictures or videos of the event.

Given that memory is prone to this form of reconstruction, we were interested in how emerging technology might affect memory. Individuals now obtain a vast amount of information through the internet and social media. Although some information on the internet is verified, much of it is not. Individuals are permitted to freely post information, without verification, particularly on social media sites such as Facebook and Twitter.