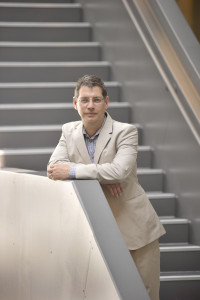 The hiding of information and knowledge can prove disastrous.

David Zweig, an associate professor of organizational behavior at The University of Toronto Scarborough, is studying the effects of knowledge hiding.

David Zweig is an Associate Professor of Organizational Behavior and the Chair of the Department of Management at the University of Toronto Scarborough. In addition, he is cross-appointed to the Rotman School of Management at the University of Toronto. His research focuses on topics such as workplace privacy, organizational cynicism, psychological contract breach, and knowledge hiding in organizations. He teaches undergraduate and graduate courses in Organizational Behavior and Recruitment and Selection.

Organizations spend a tremendous amount of time, effort, and resources on promoting knowledge sharing amongst their employees. However, these efforts often fail. My colleagues and I sought to uncover some reasons why knowledge sharing efforts are unsuccessful and we found that people will often engage in knowledge hiding –an active attempt to conceal knowledge requested by others.

As expected, targets generally reciprocate knowledge hiding toward them with intentions to hide knowledge themselves – especially when faced with evasive hiding which is the most deceptive type of knowledge hiding. However, rationalized hiding from perpetrators often led to better relationships and increased knowledge sharing because targets responded positively to the explanations provided.

The damaging effects of knowledge hiding can be mitigated by identifying that it is occurring, building greater trust, and in developing a climate that promotes sharing by rewarding the transfer of knowledge among colleagues.