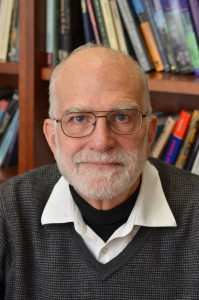 Have we reached a pinnacle in our evolutionary development as a species?

Dr. Stephen Stearns, a professor of ecology and evolutionary biology at Yale University, is studying the factors that influence contemporary evolution.

Has modern medicine cut mortality so much that we are no longer exposed to natural selection?

We decided to see how selection operated on the population of Framingham, Massachusetts, during the 20th century.

Framingham has been the focus of a long term study of factors contributing to heart disease. It began in 1948 and continues today. So far three generations have been followed: grandparents, parents, and grandchildren. We studied the strength of the correlations between traits and reproductive success. We found that selection was acting to cause gradual evolutionary change, shaping women to be slightly shorter and stouter, to have lower cholesterol and lower blood pressure, to have their first child earlier, and to reach menopause later. Selection continued to act because different women had different numbers of children.

We also found a relationship between reproduction and mortality. Women who had one or two children lived longer than those who did not have any, but women who had three or more children lost about a year of life for each additional child. We searched for genes associated with this cost and found several that have been linked to cancer.

Evolution in humans has not stopped, but culture, particularly the part of culture represented by medical technology, has become the strongest contributor to selection acting on humans. Because cultural developments are hard to predict, future human evolution is hard to predict. As Casey Stengel said, “Prediction is difficult. Especially about the future.”