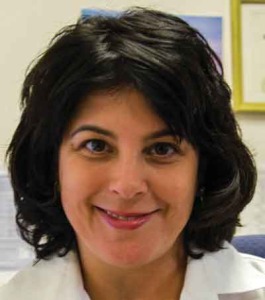 It’s Election Day in the US and all across the country, voters will be casting ballots for their preferred candidate.

In today’s segment, Dr. Michele Gelfand, a professor of psychology at The University of Maryland, discusses American regionalism. Dr. Gelfand will present a superior way to help categorize the political direction that states vote. She says the blue state/red state divide is limiting and inaccurate.

Dr. Michele Gelfand is Professor of Psychology and affiliate of the RH Smith School of Business and is a Distinguished University Scholar Teacher at the University of Maryland, College Park. She received her Ph.D. in Social/ Organizational Psychology from the University of Illinois, Urbana Champaign.
Gelfand’s is an expert on cultural influences on conflict, negotiation, justice, and revenge; workplace diversity and discrimination; and theory and methods in cross-cultural management.

Her work has been published in top outlets such as Science, the Proceedings of the National Academy of Sciences, Proceedings of the Royal Society B, Academy of Management Review, Academy of Management Journal, Research in Organizational Behavior, Journal of Applied Psychology, Annual Review of Psychology, Psychological Science, the Journal of Personality and Social Psychology, Organizational Behavior and Human Decision Processes, Journal of Cross-Cultural Psychology, among others.
She is the co-editor of The Handbook of Negotiation and Culture (with Jeanne Brett, Stanford University Press) and The Psychology of Conflict and Conflict Management in Organizations (with Carsten De Dreu, Erlbaum) and is the founding co-editor of the Advances in Culture and Psychology series and Frontiers of Culture and Psychology series (with CY Chiu and Ying-Yi Hong, Oxford University Press).

Gelfand is the Past President of the International Association for Conflict Management, Past Division Chair of the Conflict Division of the Academy of Management, and Past Treasurer 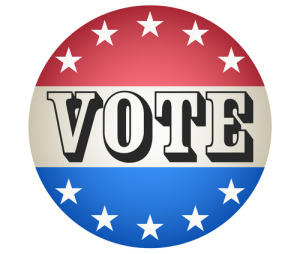 of the International Association for Cross-Cultural Psychology. She received the LL Cummings Career award from the Academy of Management and the Ernest J. McCormick Award for Early Career Contributions from the Society for Industrial and Organizational Psychology.
She has also won a number of other awards for her work, including the most recent Annaliese Research Award from the Alexander von Humboldt Foundation which was given to 7 scientists worldwide for outstanding contributions in their fields. Her work that was published in Science was honored with the Gordon Allport Intergroup Relations Prize from the Society for the Psychological Study of Social Issues for the best paper published 2011.

Cross-cultural psychologists like myself have focused almost exclusively on accounting for variation across national cultures, often to the detriment of understanding the reasons for the large cultural variation that exists within nations, such as the United States. Why, for instance, is the incidence of illicit substance use greater in states like Hawaii and New Hampshire relative to Mississippi and Ohio, but incidents of discrimination much higher in the latter than the former? Why do states like Colorado and Connecticut exhibit traits associated with greater impulsivity and greater tolerance, while other states, such as Alabama and Kansas, exhibit the opposite patterns? What might shed light on the difference in anti-immigrant attitudes between Arizona and New York, states with similarly large populations of illegal immigrants? In all, what does this seemingly diverse and wide array of state-level differences have in common?

We show that there is a common principle by which we can understand many differences across the 50 states, namely that states vary in the degree to which they are “tight” (have many strongly enforced rules and little tolerance for deviance) versus “loose” (have few strongly enforced rules and greater tolerance for deviance). This distinction has been applied to explain differences in traditional and modern societies (see our Science paper in 2011). Now we show it can explain variation in the 50 states.

We calculated state tightness index, compiling a number of variables including the strength of punishments in states (for example, the percentage of students hit/punished in schools) and the degree of permissiveness in states (for example, legality of same-sex civil unions). Like our international study, we found that tight states have more threatening ecological and historical conditions, including a higher incidence of natural disasters, poorer environmental health, greater disease prevalence, and fewer natural resources. Tight states were also found to have greater degrees of external threat, including a large amount of slave-owning families in 1860—those states that were “occupied” by the North and lost the backbone of their slave-based economy following the Civil War—are tighter. In all, we argue that ecological and historically based threats necessitate greater coordinated action to promote collective survival, which makes tightness adaptive in these circumstances.

This study also helps to explain the vast differences we see in personality and state outcomes across the United States. Tighter states had a higher average of conscientiousness but lower openness than loose states. Tight states have greater social organization (less instability and greater cohesion), better indicators of self-control (lower alcohol and illicit abuse), and lower rates of homelessness relative to loose states. However, they also exhibited higher incarceration rates, greater discrimination, lower creativity, and lower happiness, as compared to loose states. Tight and loose states each have their own advantages and disadvantages, depending on your vantage point.

Instead of “blue” versus “red”, tight and loose helps us to explain the variation within our own borders.