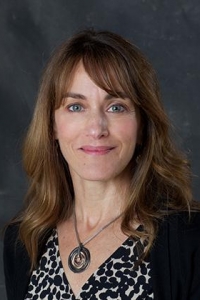 Honey is tasty, but it seems the delicious treat’s medical applications go further than once thought.

Susan Meschwitz, a chemist at Salve Regina University, is studying the health benefits of honey.

Dr. Susan Meschwitz is an Assistant Professor of Chemistry at Salve Regina University in Newport, Rhode Island. She received her Ph.D. in Organic Chemistry from Brown University and went on to a postdoctoral fellowship in Biological Chemistry and Molecular Pharmacology at Harvard Medical School. Her research interests focus on discovering compounds capable of inhibiting the bacterial communication system known as quorum sensing, with the long-term objective of providing potential new leads in the development of anti-infective agents. She is a member of the American Chemical Society and the American Society of Pharmacognosy.

The Antibiotic Power of Honey

The therapeutic properties of honey have been known since ancient times, when it was used by the Greeks and Romans as a topical wound treatment and a cure for many ailments. However, with the introduction of antibiotics, honey, along with other old remedies, quickly fell out of favor. Now, with the incidence of antibiotic resistance on the rise and the development of new antibiotics not keeping pace, researchers are taking a closer look at honey and its medicinal properties. It is known that honey possesses antibacterial properties, but the mechanisms are still not completely understood. Recently, it has become increasingly apparent that, in addition to being bactericidal, honey may also impact the virulence, or aggressiveness, of bacteria. This is important because, unlike conventional antibiotics that use only bactericidal properties to kill bacteria, being antivirulent does not put the same survival pressure on bacteria that promotes resistance.

At the root of this effect is a process known as quorum sensing, which is the communication system that bacteria use to “talk” to one another, allowing them to attack as a group rather than as a single cell, thus overpowering the host immune system. It also controls pathogenic behaviors in many bacteria, including antibiotic resistance, and biofilm formation. Biofilms are the slimy, surface-attached bacterial colonies, common in difficult to treat, chronic infections. They also make bacteria more resistant to antibiotics. Preliminary findings from our research suggest that honey may be able to inhibit quorum sensing. This opens the possibility of weakening the virulence of bacteria, rendering them more susceptible to conventional antibiotics and the host immune system. It is our hope that future studies will lead to exciting new applications for honey in medicine.

Watch more: Honey, How Sweet It Is!