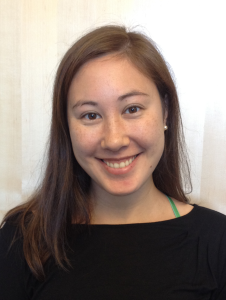 Studying the communicative relationship that parents share with their children is a great way to understand how kids learn to interact.

Anne Warlaumont is an assistant professor of Cognitive and Information Sciences at the University of California, Merced. Her research uses computational approaches to study how human communication signals develop and how they might have evolved. She earned her Ph.D. from the University of Memphis. She also works with the Language Environment Analysis System (LENA).

Children’s interactions with their parents are clearly important for speech and language development. Exactly how and why, however, are still being worked out and are a major topic of current research. 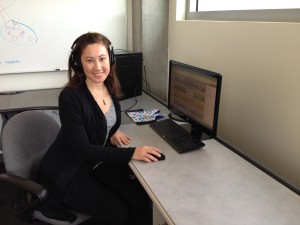 Fortunately, recent technological advances enable researchers, clinicians, and parents to record all the sounds children make and hear during the course of the day and to automatically label that data. My collaborators and I have been using these tools to detect subtle moment-to-moment effects children and adults have on each other. We analyzed nearly fourteen thousand hours of daylong audio recordings of caregivers and children, ages eight months to four years old. Some of these children had autism.

We discovered that adults are more likely to immediately respond to children when the child’s sounds are speech-related. In turn, a child is more likely to produce one of these more mature sound sound types if her most recent such sound got a response. We argue that these moment-to-moment interactions add up over the millions of exchanges children experience during the first few years of life, resulting in substantial differences in the maturity of the sounds kids produce by the time they are four years old.

Crucially, since the children with autism vocalized less, they experienced the positive social feedback loop less frequently, and had less opportunity to learn from it. The responses they received from adults were also less dependent on the child’s sound type. Computer simulations supported the idea that these differences could explain the slower growth of speech production in autism. We also found differences in the social feedback loop for children from families of higher versus lower socioeconomic status. 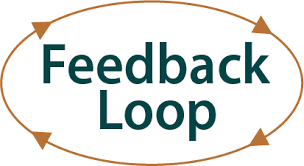 The ability to automatically monitor the components of this social feedback loop may eventually lead to better strategies for helping parents and other adults interact most effectively with children at risk for language delays or disorders.