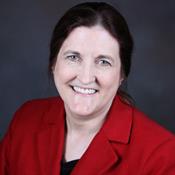 On Spelman College Week:  No parent likes a toddler with a drum set.

Karen Brakke, full professor in the department of psychology, examines the development of motor skills in toddlers.

A developmental psychologist by training, Dr. Brakke’s research focuses on the development of manual skill during infancy and toddlerhood. She is also active in the national teaching and learning community and has authored or co-authored several publications on the teaching of psychology.

Dr. Brakke recently served as president of the Southeastern Psychological Association and has been engaged in several capacities with the Society for Research in Child Development and the American Psychological Association. Additionally, Dr. Brakke has been heavily involved with undergraduate research training programs throughout her career, serving as an instructor or co-director for the NIH-funded U*MARC, NIMH-COR, and BP-ENDURE programs. She has mentored dozens of research students and several postdoctoral teaching fellows, and enjoys helping others thrive in their professional pursuits.

Development of Coordinated Skill in Toddlers

I am fascinated by young children’s skill development – not just what they can do at different ages, but how they learn to do it.  My research over the years has focused on object manipulation and motor development in children between one and three years of age.

Most recently, my colleague Matheus Pacheco and I tracked the development of bimanual, or two-handed, drumming in one- to two-year-old toddlers who are learning how to control their hands and arms while holding drumsticks.  We asked children and their parents to visit the lab once a month for a year, so that we could look at their development across different ages as well as moment-to-moment within each session.

Specifically, we looked at when, and how, children started to alternate strikes with the left and right drumsticks –what we call an “anti-phase” pattern — rather than just hitting the drum with both sticks at the same time in an “in-phase” pattern, which is the usually the first way that toddlers practice drumming.

We found that each child explored their own path to mastering the new anti-phase drumming pattern, but that there were a few strategies that many of our toddlers used to switch from the old in-phase pattern to the new one. For example, some children slowed down the rate of their drumbeat before exploring a switch to the new pattern, while others briefly froze the movement of one arm until the two sticks were at opposite ends of the drumming cycle.

Although drumming is a simple task for most people, looking at developmental coordination processes like this helps us understand complex action systems and detect subtle early behavioral disruptions in young children who may be at risk for motor or cognitive disorders. That information, in turn, may lead to early interventions that help more children thrive.