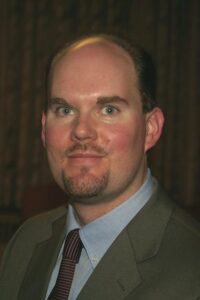 Brian Lowe, professor of sociology at SUNY Oneonta, looks into why.

Brian M. Lowe received his BAH and Master’s in Sociology from Queen’s University at Kingston, Ontario and his Ph.D. in Sociology from the University of Virginia. Dr. Lowe’s research and teaching interests include sociological theories, animal and society, cultural and comparative-historical sociology and spectacular conflicts. He is the author of Emerging Moral Vocabularies: The Creation and Establishment of New Forms of Moral and Ethical Meanings (Lexington books, 2006) and several articles. In 2008 Lowe became Chair of the Animals and Society section of the American Sociological Association.

Mark Twain allegedly said that “History doesn’t repeat itself, but it often rhymes.” If Twain were writing about the current flood of American conspiracy theories, he might add “and it stirs the pot.” The Republic has been periodically seized by conspiracy theories, ranging from fears of “others” in the American domestic sphere, like nineteenth century theories about the danger of “papist” influence through Catholic immigrants to fears of financial foreign influence from international British (and Jewish) bankers.

Occasionally powerful people promote conspiracy theories; others become powerful through promulgating conspiracy theories. In 1835 Samuel Morse, inventor of the telegraph, promoted a conspiracy theory that international elites including the Pope and the Chancellor of the Austrian Empire worked against the United States. In 1950 in Wheeling, West Virginia, Wisconsin Senator Joseph McCarthy shot to prominence by claiming– without evidence – that there were over 200 Communists active in the United States Government.

Others have become influential through promoting conspiracy theories without the benefits of worldly accomplishments or wealth. In the 1990s conspiracy theorist Alex Jones utilized cable access television in Austin, Texas to expand his conspiracy-themed program Infowars into an estimated peak 2.4 million subscribers on his YouTube channel and others on additional social media platforms and even a Press pass to the Republican National Convention in 2016. Conversely, verifiable conspiracies of harms inflicted on unsuspecting populations, including the lead-laden water crisis of Flint Michigan and the highly addictive OxyContin of Perdue Pharma, never received the equivalent outraged attention directed at fictions like the pedophile and satanic networks of QAnon.

In explaining the current deluge of conspiracy theories, we should look to the conspiratorial entrepreneurs promoting them. We must also remember a key insight of scholars of disinformation like Thomas Rid: misinformation may emerge from external sources, but audiences sustain and perpetuate them.