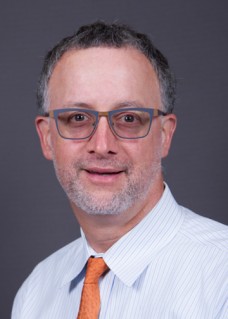 Where do we look for historical insight on the current pandemic?

Michael Vargas, professor of medieval history at SUNY New Paltz, compares COVID-19 to the period of the Black Death.

Employed at SUNY New Paltz since 2006, Michael Vargas advanced to Associate Professor rank in 2013 and Professor rank in 2019. He is a historian of the European Middle Ages, covering the period from the decline of Rome to the Protestant Reformation – a thousand years of important continuities and dramatic changes.

Vargas teaches courses on medieval Spain, jihad and crusades, kings and kingdoms, inquisitions, medieval towns, and pilgrimage and travel. All of these courses focus on important institutions of governance, including the framing of loyalty and obligation in everyday experience. He also teaches a course called Deep History and another called Past in the Present, which look at how we get to know the past and how we put the past to the work of understanding ourselves in the present. He is the author of several books and papers and what connects all of his research are multidisciplinary training and an interest in the construction and durability of cultural and political institutions.

COVID-19 and the Black Death

Within four years of its arrival into Italian ports in 1347, the plague killed about half of Europe’s population, around 100 million people. But that Black Death pandemic did not cause an economic unraveling. Laborers, because they were in short supply after 1350, saw a rapid rise in wages, but only until bishops and kings wrote laws that forced earnings back down.

Poverty and food insecurity existed before mid-century and continued unabated afterward, meanwhile, before and after, the rich held extravagant banquets. Kings went to war, but the spilled blood was usually not royal. The Black Death did not change the fact that greed, war, and political infidelity could be tough on most of the living.

If the Black Death did not turn the economic tables, what about the psychological effects? You may know the imago mortis images, copious in the Late Middle Ages, of dancing skeletons taking people to their graves. These do not serve well as evidence of post-plague Apocalyptic fervor or Post Traumatic Stress, since before and after the mid-fourteenth century, such art did the ordinary work of negotiating anxieties about life’s end. Before and after too, moralizers and agitators traded in fear and contempt, scapegoating Jews, Muslims, and heretical others. Conspiracy theories about Jews causing plague by poisoning wells were wrong, but they reaffirmed angry boundaries.

In the midst of crisis, the historical evidence is with the contemplatives who say: “this too shall pass,” and with the scientist’s reminders that we are an adaptive species. So we can get over COVID-19 and go back to normal. But history also whispers back at itself: Can’t we do better? We can go back to our work-to-buy, pollute-to-build, push-down-to-move-up normal if we want it, but we always have access to charity and goodwill, and to a sustainable humane inventiveness. Crises give us the opportunity to envision a new and better normal.