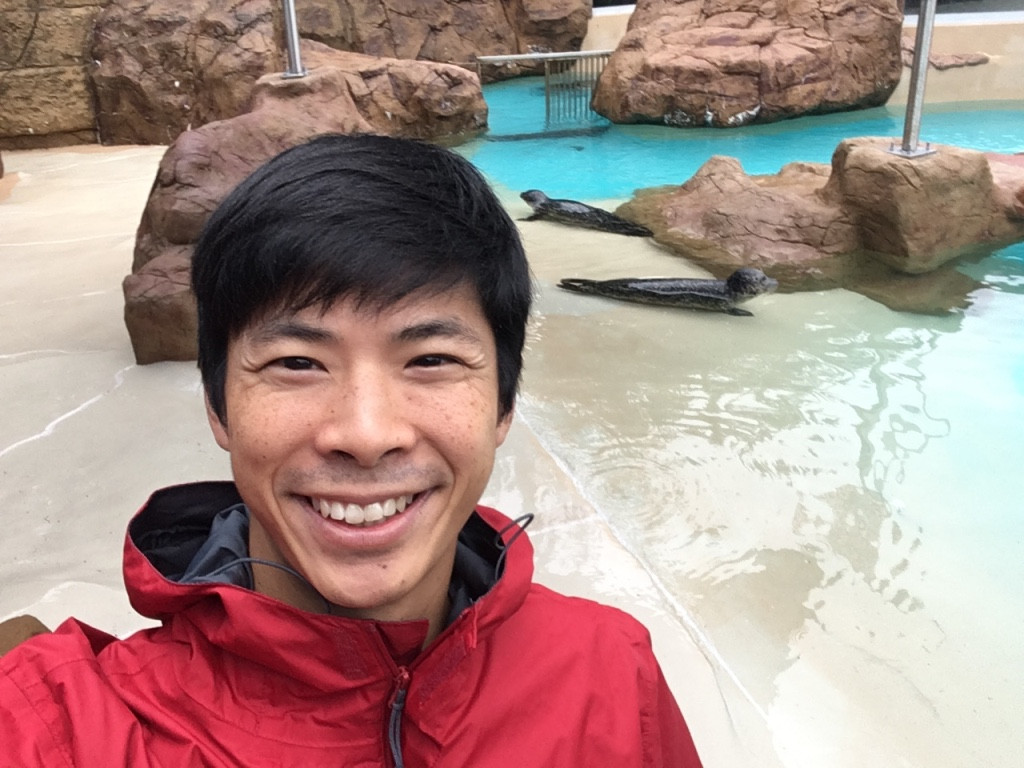 Marine mammals can be biomarkers for the health of an ecosystem.

Kevin Woo, associate professor of science, mathematics and technology at SUNY Empire, explores one such system.

Dr. Kevin Woo is an associate professor of science, mathematics, and technology in the Department of Natural Sciences at SUNY Empire State College.

His research interests have been in animal behavior, communication, learning, and conservation. Currently, he studies marine mammal behavior and cognition, and as such is the Assistant Director for the Center for the Study of Pinniped Ecology & Cognition (C-SPEC). He studies wild populations of seals in the NYC waterways, as measures for bioindicators of ecosystem health. To compliment the field studies, he works with captive populations at the Long Island Aquarium to test for sensory perception, learning, and cognition. In addition to his scholarship, C-SPEC implements an education outreach component that informs the NYC community of urban fauna, and we also mentor students from underrepresented populations.

The Importance of Urban Ecology and Conservation

Urbanization has drastically changed the way in which species interact with their environment.  Some generalist species thrive in highly modified habitats, whereas specialists may decline to the point of local extinction.   Ecological studies examine species interactions with the environment by studying smaller-scale models, as they likely occur on larger scales.

One such animal model, pinnipeds, or seals, once commonly inhabited the waterways on New York City.  However, due to several interacting anthropogenic factors such as industrialization, shipping, and pollution, their presence was eliminated over a hundred years ago.

Our recent survey on the perception and importance of seals on urban fauna reveal that the general public believe that species conservation and resources sustainability are important.   However, when further surveyed, respondents were generally unable to identify specific species or projects of importance.

To highlight this gap, demographic studies on harbor and grey seals in the New York City waterways reveal that seasonal populations are returning and their numbers are relatively stable with an increasing trend in annual populations.  Despite anthropogenic challenges, the stability in seal populations is encouraging, as the return of pinnipeds demonstrate positive environmental changes.

As a mesopredator, which is a species that preys on animals and yet is also prey, the return of large megafauna to urban waterways suggest that pinnipeds are likely bio-indicators of urban marine ecosystem health.   That their presence and absence informs us of the overall quality of the environment, and of the existence of species in which they depend on and depend on them for survival.

It is thus important that we consider the wider implications for understanding natural ecosystem processes, and species that are under accelerated conservation threat due to anthropogenic actions.   Particularly as they persist through the challenges of unstoppable urbanization.