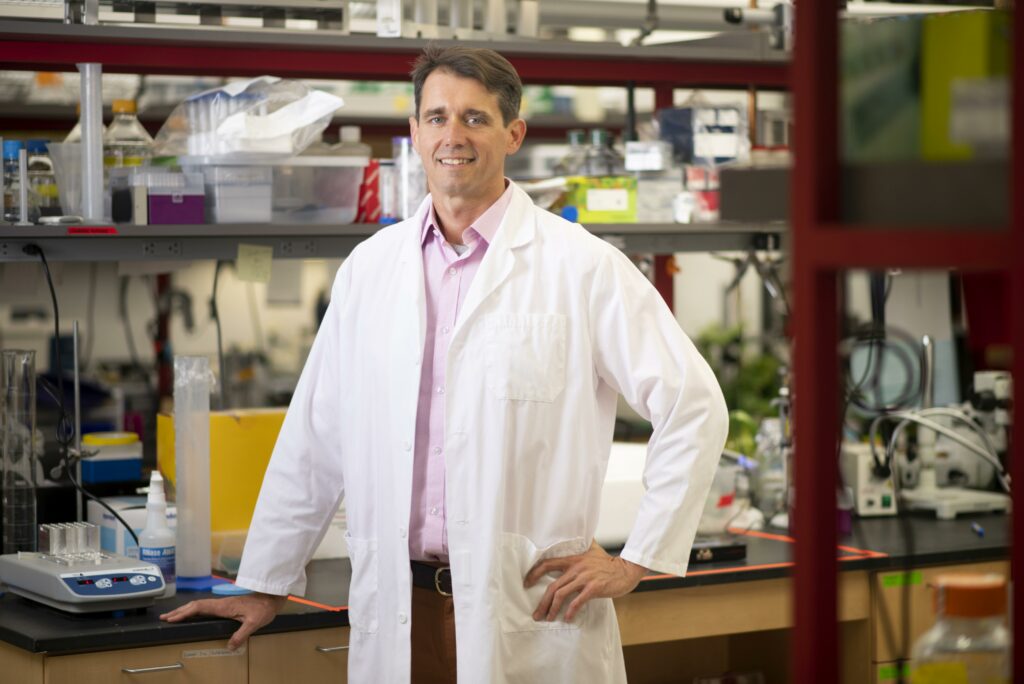 Can your diet help with recovery from a traumatic brain injury?

Chris Dulla, associate professor of neuroscience at Tufts University, looks into this question.

Chris Dulla is an associate professor of neuroscience at Tufts University School of Medicine and a member of the Neuroscience; Cell, Molecular and Developmental Biology; and MS in Pharmacology & Drug Development faculties at Tufts Graduate School of Biomedical Sciences.  The principal goal of his research is to understand how neurotransmission contributes to the function of neuronal networks. The Dulla lab aims to understand how specific properties of synaptic function contribute to network activity, and how changes in neurotransmission are involved in the pathology of traumatic brain injury and disorders such as epilepsy. Using advanced neurotransmitter imaging and electrophysiological techniques, Dulla and his team are investigating astrocyte glutamate uptake, astrocyte/neuron interactions, GABAergic interneuron development, and metabolic control of neuronal activity. He has received a Landis Award for Outstanding Mentorship from the National Institute of Neurological Disorders and Stroke, part of the National Institutes of Health, and, along with Ph.D. student Sadi Quiñones, a Howard Hughes Medical Institute fellowship to improve mentoring skills, support scientific leaders, and foster diversity in science.

Traumatic brain injuries are a rising concern. Both severe brain injuries, like those that occur in car accidents and combat, and milder injuries, like those associated with contact sports, can put you at risk for later neurological problems. So, it’s imperative to understand how the brain responds to injury and what we can do to improve the brain’s ability to recover. Recent advances in the fields of inflammation, immune system-brain interactions, and metabolism are providing new avenues for research into traumatic brain injury, as well as potential novel therapies to improve patient outcomes.

My lab became interested in the link between metabolism and traumatic brain injury because of the ketogenic diet. This high-fat, low-carb diet forces the body to burn fat rather than glucose and has been used for hundreds of years to reduce epileptic seizures.  It is still one of the most effective treatments for some forms of epilepsy. However, it’s often difficult for patients to adhere to its strict regimen. We wanted to see if we could replicate the benefits of the keto diet using drug-based interventions.  We were particularly interested in the possibility that manipulating brain metabolism could improve outcomes after traumatic brain injury. We knew that an injured brain uses more energy. If we could control the brain’s ability to use energy, perhaps we could shape its response to the injury itself.

We treated brain-injured mice with a drug that inhibited the metabolic pathway called glycolysis. This pathway allows the rapid utilization of glucose to provide energy. We found that inhibiting glycolysis after brain injury reduced the loss of inhibitory neurons which are critical to controlling brain activity and preventing seizures. We are building on these results using genomic and biochemical approaches to understand how we can harness brain metabolism more precisely to shape neuronal activity and the response to injury.