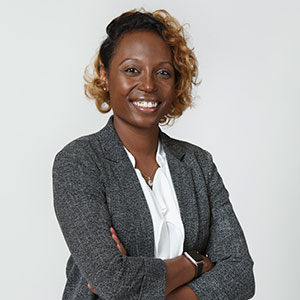 Corrections officers have a stressful job.

TaLisa J. Carter, assistant professor at American University’s School of Public Affairs, determines the effect they can have on the prison population.

TaLisa J. Carter is a native of Long Island, New York, dedicated to understanding the interactions of deviance, social organizations and race. After earning her B.A. in Criminology from the University of Pennsylvania, Dr. Carter worked as a Deputy Corrections Officer in Savannah, Georgia. Dr. Carter earned her M.A. (2015) and Ph.D. (2018) both in Criminology at the University of Delaware. Currently, Dr. Carter is an Assistant Professor at American University in the Department of Justice, Law & Criminology. TaLisa has also received funding from the National Science Foundation. Dr. Carter’s research has been presented to practitioners and academicians at conferences such as the American Society of Criminology, the Academy of Criminal Justice Sciences and the American Sociological Association.

Correctional officers ensure the safety and security of facilities that confine individuals convicted of violating the law, but this definition hardly conveys the challenges of the job. Correctional officers are at high risk of burnout, confrontation, injury, attrition, and stress. In turn, institutions often struggle with recruitment and retention.

Much like police officers, correctional officers wield discretion in highly tense situations. But unlike policing, corrections scholars know very little about how officers make their decisions daily, nor do we fully understand the impact of these decisions.

For example, conflict between correctional officers and prison administrators can contribute to a higher homicide rate among detainees.

Similarly, when correctional officers are lax in enforcing the rules, detainees are at a higher risk of being victims of violent crime.  In New York, prisons punish detainees of color at higher rates than their white counterparts, except in facilities with mostly minority correctional officers. My current research suggests that prison suicide rates can be reduced if institutions prioritize gender diversity in their recruitment, hiring and retention processes.

The work of correctional professionals is a critical component of assessing and improving the prison environment. Better understanding this relationship may lead to improving confinement conditions, overall.