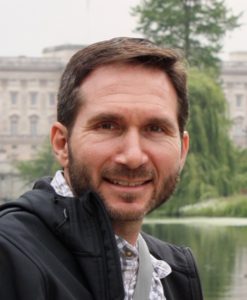 The ideals of manhood are changing.

Scott Melzer, professor of sociology at Albion College, discusses four groups that are reclaiming their identity in disparate ways.

Scott Melzer(smelzer@albion.edu) is Professor of Sociology and Chair of Women’s, Gender, and Sexuality Studies at Albion College. His work focuses on how men respond when they think their status and identities are threatened. He is the author of Manhood Impossible: Men’s Struggles to Control and Transform Their Bodies and Work, and Gun Crusaders: The NRA’s Culture War. He is interviewed and quoted regularly in national and international news media, appearing in print and online stories, on radio, and in documentary films and TV shows.

Manhood intersects with other statuses and identities, and, like gender more broadly, is in flux. However, to meet American manhood ideals and access the power and privilege they unlock, men must demonstrate mastery and control over their bodies and achieve a sense of status and identity from their work.

Yet no man can always be in full control of himself physically and financially. If we set men up to fail what are the consequences for them, families and communities, and our society when they inevitably do?

My research of four groups of men – members of a garage fighting club, an online club that attracts men hoping to improve their sexual performance and size, unemployed men, and stay-at-home dads – indicates that men respond in four ways when their sense of manhood is threatened.

First, many unemployed men and those feeling sexually inadequate internalize their perceived failure. They can suffer from anxiety, isolation, depression, body dysmorphic disorder, thoughts of suicide, and more.

Second, fighting as adults helps some men exorcise their boyhood experiences of intimidation and bullying – repairing and restoring their masculine selves – by directly confronting their perceived flaws: physical weakness, passivity, and loss of control over their bodies.

Third, men sometimes escape to the realm of fantasy to compensate and restore their lost sense of control in reality. In extreme cases, mass shooters use murderous violence to compensate for their inability to gain women’s sexual interest.

Fourth, some stay-at-home dads view their unpaid care work as the ultimate demonstration of manhood; leaving their careers to raise their kids is the most responsible and manly thing they think they can do. They reject and redefine what it means to be a man.