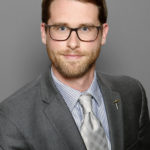 On University of Texas at El Paso Week:  Borders are becoming increasingly armored as time goes on.

Stephen Coulthart (Ph.D. University of Pittsburgh) is an assistant professor of security studies at The University of Texas at El Paso. His research focuses on intelligence analysis and emerging national security technologies. Dr. Coulthart has published research in journals such as International Affairs and the Journal of Conflict Resolution. He is the lead editor of Researching National Security Intelligence (Georgetown University Press, forthcoming, 2019).

Many governments cannot fortify their borders with physical barriers. India and Brazil, for example, have land borders stretching over 9,000 miles in regions experiencing significant political and economic instability.

Virtual fences are part of a growing trend of megaproject construction—projects with expenditures of at least a billion dollars, which require several years to build.

In 2006, the US government started building its own virtual fence designed to monitor the 2,100-mile US-Mexico border. After five years, it was scrapped with only 53 miles completed at a cost of more than a billion dollars to US taxpayers.

Other projects in Israel and Brazil have been successfully built but marred by accusations of corruption and waste. In India, it’s unclear when—and if—their virtual fence will be complete.

Why are many virtual fences stalled or not completed at all?

My research shows that completion is dependent on the level of a government’s ambition and project complexity. The most ambitious projects, which have historically been unsuccessful, use untested technologies and are designed to monitor the entire length of a country’s borders.

Based on historical megaprojects, one way to increase the likelihood of success is to follow the maxim, “simple is beautiful.”

For example, project planners can use proven, “off the shelf” equipment rather than experimental technology. Additionally, decreasing failure rates may require governments tailoring construction to specific border areas with the most need.