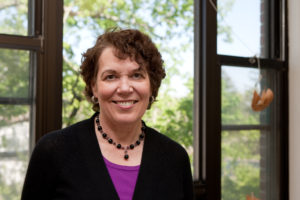 On Wheaton College Week: The Russian-Chinese relationship is becoming a one-sided affair.

Jeanne Wilson, professor of political science, details why China’s growing influence could be a concern.

Professor Wilson is a political scientist whose principal research interest focuses on analyzing Russian and Chinese political behavior in response to both domestic and foreign policy challenges. She has written extensively on the relationship between the two countries, and she has testified on the subject before Congress. Professor Wilson’s scholarship also considers the politics of post-Communist states, and more broadly, issues of comparative politics and international relations. She earned a bachelor’s degree from the University of Michigan and her master’s and Ph.D. from Indiana University.

Unequal Relationship Between Russia and China

During the last few years, Russian-Chinese relations have become steadily closer. This development is driven by their shared desire to counter the power of the West, especially the United States, as well as a number of cultural values and norms they hold in common.

While Russia and China talk about a relationship based on equality and mutual respect, it’s important for the future to understand that their relationship is anything but equal. The stark fact is that China is a rising power, while Russia is, at least in a relative sense, declining. And China’s ambitions, under the leadership of President Xi Jinping, to assume a leading voice on the world stage create tensions.

The Kremlin is highly aware of its vulnerable position. China is Russia’s largest trading partner, and Russian exports to China overwhelmingly based on energy resources and raw materials, a situation that could turn the former Soviet state into a mere appendage of its more powerful “friend.” Russian officials are also acutely aware of the threat to their perceived sphere of influence. In every state in Central Asia, for example, Chinese trade exceeds that of Russia.

The most dramatic illustration of China’s leadership role lies in the massive infrastructure investment program for Asia and Northern Europe. The One Belt One Road initiative is an ambitious effort to extend its power and influence through economic activity. Russia embraced grudgingly only after realizing it had no power to resist it

To date, the Chinese leadership has largely treated Russia with the respect accorded an equal partner. Nonetheless, the relationship is becoming increasingly asymmetrical. Russian president Vladimir Putin has arguably been quite successful in playing a weak hand. But it is China, not Russia, that will determine the future of the relationship.