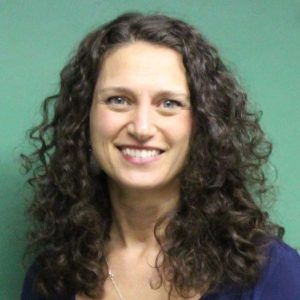 Jessica Henry, associate professor in the department of justice studies at Montclair State University, explores what can be done about forensic misconduct.

Jessica S. Henry is an Associate Professor of Justice Studies at Montclair State University.  She received her JD from New York University School of Law and served as a public defender for nearly a decade in NYC.  Her research and teaching focuses on wrongful convictions, the death penalty and life without parole, and hate crimes.  Professor Henry is a frequent blogger for The Huffington Post and the Wrongful Convictions Blog, and is currently working on a book about wrongful convictions.

Yet, as forensic scandals have swept the nation, a new truth is emerging.

Forensic science is only as reliable as the people performing the tests.

When forensic scientists commit misconduct, the result is nothing short of a criminal justice catastrophe.

In New Jersey, in December 2018, over 20,000 drunk driving cases were called into question after it was revealed that the Sargent March Dennis, the officer responsible for checking the accuracy of the state breathalyzer tests, had failed to do his job and then lied about it. But forensic misconduct has happened in all kinds of cases, around the nation, from Massachusetts to Oregon to Texas.  Corruption and misconduct by forensic experts has led to the reversal of literally tens of thousands of criminal convictions.

Forensic misconduct impacts the integrity of the entire criminal justice system. When experts lie, everyone suffers. Guilty people go free, innocent people are wrongly convicted, and taxpayers foot the bill to clean up the mess.

What can be done? We need to create national standards for forensic science – and a national certification standard for the people who work in the labs.  We need to have better oversight and more active supervision. And forensic labs need to be completely independent from prosecutor officers and police departments.

Misconduct may not ever be entirely preventable. But if we are going to use forensic evidence to convict people, we need to be sure that the results are based in science that is objective, reliable, and free from corruption.

People’s lives and freedom literally hang in the balance.