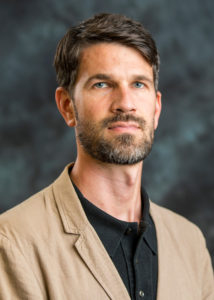 On Grinnell College Week: What constituents a village in rural Africa?

I teach courses in Global Development Studies and Geographic Information Systems (GIS). My research focuses on the intersection of democratic decentralization and climate change adaptation in agrarian West Africa. I’m also interested in West African emigrant communities in Europe, North America, and, increasingly, China. Originally from the Pacific Northwest, I hold a PhD in Geography and an MS in Environment and Resources from the University of Wisconsin-Madison, and a BA in Political Science from Carleton College. Prior to my graduate studies, I served as a Peace Corps volunteer in Benin (2002-2004), worked as a Program Officer at the Nautilus Institute for Security and Sustainability in Berkeley CA, and as an environmental policy assistant in the Alaska Governor’s office during the administration of Tony Knowles.

When we imagine a village in Africa, certain images tend to come to mind.  We might think about a specific community of people, a certain way of life, and probably that it can be located at a particular place on the map.  While all this might be true from a 10,000 foot view, the reality on the ground is quite different.  Across a vast part of sub-Saharan West Africa, the “village” refers not to a particular place but to a specific category that is laden with historical meaning and tends to obscure what a village actually is.   As many scholars have demonstrated, such categories tend to take on a life of their own by becoming naturalized in unintended ways.

My research into settlement geography reveals that villages in the West African Republic of Mali typically represent clusters of settlements that coexist within clear political hierarchies that reflect their social histories.  While regional specialists have long been aware of this, they have not carefully examined the ways in which settlement geography is embedded in present-day governance structures with important consequences for people living in rural areas.

For example, a single village may be comprised of more than a dozen settlements yet only one is officially recognized by the government.  This recognition tends to reflect the area’s political history rather than where most people live.  The official village may have only a fraction of the people of a neighboring settlement but it’s designation will not change because of its place in the local hierarchy.  This is becoming ever more important as populations in rural West Africa have grown and the demand for basic services has expanded.  As policymakers increasingly turn to quantitative data to understand development challenges, the geographical nature of villages becomes even more obscured as they are measured from afar as single, unitary points on a map.