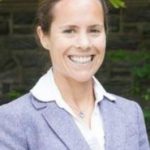 On Arcadia University Week: Extinct languages can be brought back from the dead.

Dr. Aroline Seibert Hanson earned her Ph.D. in Spanish and Language Science at the Pennsylvania State University. She is a tenured Assistant Professor of Spanish and Linguistics at Arcadia University outside of Philadelphia, PA. Her research is in Second Language Acquisition with a focus on Motivation and Language Processing. Seibert Hanson’s work has been published in Language Learning, the Canadian Journal for Applied Linguistics, Computer-Assisted Language Learning, and Studies in Hispanic and Lusophone Linguistics. Her most recent work is on the indigenous languages of Costa Rica, aiding in the language documentation and revitalization efforts by the Brunca people.

According to UNESCO, approximately 600 languages have disappeared in the last century, with one dying every two weeks. The indigenous language of Brunca, from present day Boruca in Costa Rica, lost its last native speaker this past April. However, in 2010, linguists had already declared Brunca to be extinct, basing their assessment on the number of living fluent speakers. Although research from two decades ago shows Brunca losing ground, through recent field research, I’ve documented continuing efforts to bring back the language.

While it is true that the majority of the elders who speak Brunca have passed, some of the next generation are invested in bringing back the language. Doña Celedina Maroto, the granddaughter of the documenter and linguist Espíritu Santo Maroto, lives in neighboring Curré. When asked if she speaks Brunca, Maroto rattled off a few phrases proudly, saying that her children, all adults now, also speak Brunca. Although now retired, Maroto taught Brunca for years in the schools and is still working to bring the language back through community workshops, two of which occurred this past October and were well attended.

Leila Garro Valverde has offered traditional Brunca cooking classes and written and published a cookbook with Brunca recipes, which has received little recognition. She remarked that if she did not do this vital work, others may not, and then the information and language would be lost. Garro Valverde has also brought together younger Brunca people to create an interactive map with place names in Brunca and GPS coordinates to make the places discoverable by later generations.

These are just two examples of how the community is bringing Brunca back. These efforts contribute to the growing and diverse field of language revitalization.