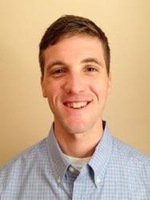 The NFL’s profits may be booming, but a reduction in youth players is also looming.

Rocco Porreca, assistant professor in sport management at Newbury College, describes changes being made to try to save football.

Porreca joined Newbury College’s Roger. A. Saunders School of Business and Hospitality Management as an Assistant Professor in Sport Management in the 2017-2018 academic year. Porreca comes to Newbury from the University of Miami where he was a lecturer of Kinesiology and Sport Sciences after previously working as an Adjunct Professor at Lynn University in Boca Raton, Florida.

The sport of football’s revenues in both the NFL and NCAA have grown exponentially due to the sport’s immense popularity. Revenues of the 2017 NFL season totaled roughly $14 billion, with projected revenue to hit $25 billion by 2027.  NCAA football generated revenues of $31.9 million in 2016; more than the next 35 sports combined.  Despite the financial success of football, a decline in youth football participation has been slowly occurring since 2010. According to the Aspen Institute, from 2011-2016 total tackle football participation of players between the ages of 6-17, declined 19.2%.

Recent research regarding Chronic Traumatic Encephalopathy (CTE) has the sport on notice. A 2017 study by Boston University stated 87% of former football players tested positive for CTE.

In an attempt to increase the overall safety of the game and number of participants, USA football, is experimenting with smaller fields, less players on the field, no position specialization, and anatomical size match-ups.  The IVY League has done away with tackling during practice throughout the course of the regular season in an attempt to limit repeated head impact, a theorized cause of CTEYouth, collegiate, and professional football have begun to make a change, but what about high school football? 58% of head trauma at the high school level occurs during practice, yet no major rule changes have been implemented.

Of the roughly 1,000,000 high school football athletes, 73,000 will play collegiately, and less than 300 will be drafted to the NFL.  Should participation continue to drop, at what point will football as a product become impacted?  The NFL may be sustainable for the time being, but should current trends and research continue, the viability of North America’s most profitable and recognizable league might be in jeopardy.