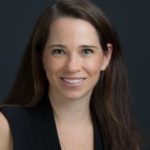 On Part 1 of our Student Protest Series: There’s been an increase in student activism after recent mass shootings.

Jerusha Conner, Associate Professor of Education at Villanova University, compares this movement with another politically charged time in our history.

The students involved in the #NeverAgain movement are younger than the student activists who led the anti-Vietnam War movement. Nonetheless, there are many parallels between the two movements, which suggest the NeverAgain students might prevail.

Both groups of student activists were moved to action because they refused to tolerate being the casualties of political inaction any longer. What was at stake for the Vietnam War protestors was the same thing that is at stake for the #NeverAgain students: their lives.

Both movements emerged in the wake of a dramatic resurgence in student activism. Just as the Student Nonviolent Coordinating Committee and Berkeley Free speech students challenged the status quo in the early 1960s, student activists recently have effected significant changes on their campuses.

Like their 60s-era fore-bearers, the #NeverAgain students understand that the violence they are targeting disproportionately affects low income youth of color, and they have adopted an intersectional perspective. Though student-led, both movements became intergenerational, forged broad coalitions, and attracted celebrity allies.

Both groups of student protestors have been publicly disparaged. President Johnson and his allies questioned the integrity and patriotism of the peace activists. Similarly, the #NeverAgain students have been called the pawns of adults and dismissed  as too young and emotional to be taken seriously.

Like the Vietnam War, the epidemic of mass shootings in this country has lasted for too long and claimed too many innocent lives. For the anti-war protestors, the tide turned when they were joined by veterans who could speak directly to the horrors endured during war. Now that student survivors of school shootings are joining the parents and youth organizers who have long been demanding gun reform, parlaying their grief and trauma into a clarion call for action, the tide around gun control seems to be turning as well.