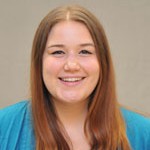 On this Student Spotlight: Has a yeti specimen been found?

Stephanie Gill, PhD candidate at the University of Buffalo, discusses the samples found in the Himalayas.

Stephanie Gill is a Ph.D. Candidate in Biological Sciences at the University of Buffalo in Buffalo, New York.

A couple years back, our lab was contacted by a British production company called Icon Films.

The company was working on a documentary about the Yeti legend, and they had obtained several alleged Yeti specimens.

They had a question: Could we help test the DNA of these purported Yetis?

There were nine samples in all; including specimens like a femur bone from a cave in Tibet, and a scrap of mummified skin from the paw of an unknown animal.

We agreed to analyze the samples.

Our investigation showed that most of the samples did come from enigmatic creatures — but not from Yetis.

Our results provide insight into the possible origins of the Yeti myth, which is part of the folklore of the Himalayas. They suggest that this legend may have its roots in sightings of elusive local bears.

In addition, our research sheds light on the evolution of vulnerable bear populations. We sequenced the first complete mitochondrial genome of a Himalayan brown bear, and discovered that these bears represent an ancient evolutionary lineage of brown bears. Additionally, we found that the Himalayan brown bear is very genetically dissimilar to the Tibetan brown bear. This suggests that the two species colonized the region at separate times and have been isolated ever since.

Myths have a way of persisting, so I don’t think our work will put the Yeti legend to rest. But we can hopefully draw some attention to the plight of other enigmatic creatures — these rare, mysterious bears of the Himalayas.