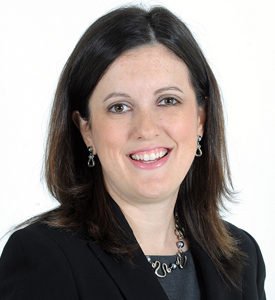 Are government employees treated differently by the movies than in popular opinion?

Michelle Pautz, associate professor of political science at the University of Dayton, discusses how bureaucrats are shown in a different light in the dark of the theater.

Michelle Pautz, associate professor of political science and assistant provost for the Common Academic Program at the University of Dayton, is author of the forthcoming book, Civil Servants on the Silver Screen: Hollywood’s Depiction of Government and Bureaucrats. Along with her research on film and politics, she studies and teaches environmental policy and regulation and public administration. She co-wrote US Environmental Policy in Action: Practice and Implementation and The Lilliputians of Environmental Regulation: The Perspective of State Regulators and is the co-editor of The Intersection of Food and Public Health. And she has worked with the Virginia Department of Environmental Quality and the North Carolina Department of Environment and Natural Resources.

Every year, Americans spend billions of dollars at the box office.

Movies engross us. Sitting in a theater, most of us put our other screens away. It’s a rare time we provide undivided attention to anything.

But we think very little about the influence movies have on us — on a range of topics from relationships to government.

My focus is on civil servants, those government bureaucrats we sometimes think of as mindless robots who move at a glacial speed. Data shows most of us have positive interactions with them, yet we continue to bash the government.

The image we get on film is an important piece of the puzzle in understanding where we shape our attitudes.

In one study, I asked people to watch two movies — “Zero Dark Thirty” and “Argo” — that depict the intelligence community. After watching the movies, about a quarter of people changed their responses to a variety of questions about government, such as “How much can you trust Washington to do what’s right?” Frequently, their opinions about civil servants improved.

For a fuller picture, I surveyed the top grossing films of 2000 to 2015 to see how they portray civil servants. Not politicians or elected officials, but the regular people who carry out government work on a daily basis — from public school teachers and police officers to CIA agents and government scientists. The majority of the 635 government characters in those films hold these or similar jobs.

And again, similar themes emerge. The majority of these characters were portrayed positively. Only a quarter were shown in a negative manner. I found this depiction surprising and unexpected because public opinion about government and its bureaucrats is usually negative.

As a social scientist, I can never say films are the sources of our opinions, but their ability to influence raises fascinating questions for researchers and moviegoers alike.