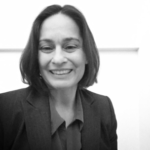 Temporary workers are playing a bigger part in our economy.

Kimberly Merriman, associate professor in the department of management at the University of Massachusetts Lowell, examines gig work and why it’s increasing.

Dr. Merriman is a widely published scholar and a recognized authority on compensation by sources such as the Wall Street Journal and The Conference Board. She serves as a non-profit board member and on the editorial board of Organizational Behavior and Human Decision Processes.

Though there is no consistent definition of gig work to date, the term commonly refers to workers hired for a single project at a time through online platforms. Individuals engaged in gig work as their primary job accounted for 0.5 percent of all US workers in 2015, which is substantial when you consider the number was essentially zero just a decade earlier.

Regarding economic equity, the labor market signaling that employers rely on to infer employee quality is particularly accurate and efficient with gig work. Whether an individual is hiring a driver or a business is hiring an on-demand professional, they rely on the worker’s reputation based on posted ratings from past gigs. Crowdsourced data supplants cognitive heuristics and other sources of human bias.

At the same time, economic security is perceived to suffer when gig work is someone’s primary job. But my research suggests that direct income plays a relatively small role in threatening the current and future lifestyle of gig workers. The greater psychological and rational threat stems from a lack of safety net in the form of paid time off for illness and injury, affordable health insurance and sufficient retirement savings. These are areas where future research should be conducted to continue work in this area.