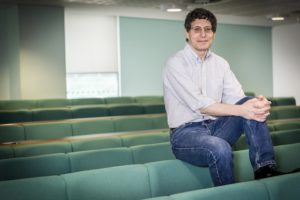 The middle class is shrinking.

Steven Pressman, professor of economics at Colorado State University, delves into what defines the middle class and how it has been affected in recent years.

The US middle class is struggling.

People claim that they can’t earn enough money to be middle-class. Living standards have stagnated for decades.

Politicians are divided about how to help.

My research focuses on the size of the middle class in developed countries over time, especially what leads to more middle-income households and how to sustain a large middle class.

Other developed countries have a larger middle class than the US, ranging from 57 percent to more than 65 percent in France, Norway and Sweden. These other countries also have a more stable middle class. Several nations saw little or no change in the size of their middle class since the 1980s; the French middle class actually grew.

If technology and trade crush the middle class, all developed nations would look similar because all are affected by these two forces.

Two important policies, both missing in the US, are child allowances and paid parental leave. Child allowances are payments made to families each month to help them raise their children. Paid leave replaces lost wages around the birth of a child.

These two policies increase the size of the middle class families with children in developed nations by 10 percentage points.

It is clear that good policies can support the middle class. But we need politicians to pay attention.