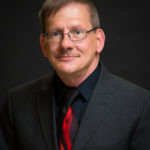 Charles P. Hoy-Ellis, assistant professor in the college of social work at the University of Utah, has a surprising answer.

Charles P. Hoy-Ellis earned his PhD in Social Welfare at the University of Washington, Seattle. He is interested in health and mental health disparities and the social determinants of these disparities among lesbian, gay, bisexual, and transgender (LGBT) older adults. He is a co-investigator with the Aging with Pride: National Health, Aging, Sexuality, and Gender Study.

Transgender Older Adults and the Military

It was only a year ago that the Department of Defense lifted the ban on transgender Americans serving openly in the military, yet serving with pride appears to be nothing new among transgender older adults. In fact, transgender people appear to serve in the military at proportionately higher rates than the general population.

Research on the impact of military service in the general population has often focused on short-term, negative effects, such as PTSD. A few studies that looked at longer-term impacts did find some positive associations with mental health outcomes, but these seem to disappear or even reverse over time.

Transgender veterans may have higher rates of depression than do non-transgender veterans. In a series of earlier studies, our own research has suggested that community-dwelling transgender older adults have disproportionality high rates of depression. In follow-up research we found linkages with internalized stigma related to gender identity and sexual orientation, and lifetime experiences of discrimination and victimization. Taken together these findings pointed to prior military service negatively impacting the mental health of transgender older adults.

Counterintuitively, we found that a history of military service was related to lower levels of depressive symptoms and better psychological health-related quality of life among transgender older adults. Furthermore, we found that military service significantly attenuated the previously identified relationship between identity stigma and depressive symptoms.

Identifying underlying mechanisms through which these and other factors interact to promote mental health and optimal aging among some members of the transgender community will be important next steps in supporting this historically marginalized yet highly resilient population.