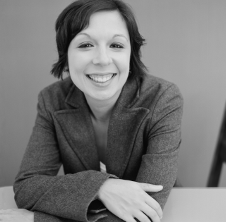 Do babies also like to look at good looking people?

Dr. LoBue is interested in the development of infants and young children in multiple domains, including emotional, cognitive, and perceptual. She received her B.S. at Carnegie Mellon University where she worked as an undergraduate research assistant in an infant cognition lab. From there, she went on to earn her M.A. and Ph.D. in Developmental Psychology at the University of Virginia, and then completed a 2-year post-doc at New York University. She joined the faculty at Rutgers-Newark in the spring of 2011.

Dr. LoBue’s research focuses on the perception of emotionally valenced stimuli over the lifespan. Emotional stimuli constitute a unique class of stimuli for humans, and research suggests that they may hold a special status in human perception. In her work, Dr. LoBue asks: How do humans respond to emotional stimuli? Are they perceived faster than neutral stimuli? Does emotional valence affect the way humans learn about objects? While these questions are relevant to humans over the entire lifespan, Dr. LoBue focuses specifically on young children and infants. By focusing on young children, the development of these perceptual and learning systems can be examined, and we can find out how emotions and experiences may change the way we see the world around us.

The Importance of Face Time for Children

Faces are a very special kind of stimulus for us as humans. We might see hundreds of faces in the course of a day and millions in the course of a lifetime. It shouldn’t be all that surprising, then, that we become experts at recognizing faces pretty quickly. In fact, even newborns prefer to look at faces when compared to other objects, and they learn to distinguish between their mother’s face and the faces of strangers—showing a distinct preference for mom—only hours after birth. This is a useful skill, as faces tell us a lot about what we can expect in social situations.

However, rapid face learning does come with some drawbacks. First, infants show a preference for looking at attractive faces over unattractive faces shortly after birth, and by the end of the first year, 1-year-olds even behave differently around people with more attractive faces, smiling and playing more with attractive adults than with unattractive adults. Perhaps what’s even worse is that infants prefer the faces of their own race by 3 months of age, and may even have trouble distinguishing between two faces of other races by 9 months of age. No, this doesn’t mean that babies are racists, they just very quickly learn about the faces they see most often, and develop a preference for those that are most familiar to them. The good news is that exposure to other races on a daily basis can erase this effect.

Perhaps most importantly, infants’ expertise with facial expressions becomes an extremely valuable tool for learning in the second half of the first year. Around 8- to 12- months of age, infants learn that they can use information from other people’s faces—especially mom’s—to help them figure out what to do in new situations. For example, a mom’s fearful face might tell them when they should avoid something dangerous, or a happy face might tell them to approach a new and interesting toy. In this way, parents’ facial expressions can be a valuable source of learning for children by the end of the first year of life.