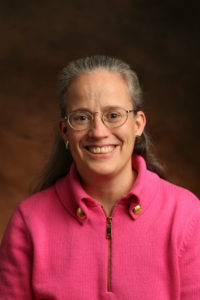 Detective fiction has been around longer than Dickens and Poe.

Mary Bendel-Simso, professor of English at McDaniel College, discusses the real origins of the genre and what we can learn from it.

Mary M. Bendel-Simso is a Professor of English at McDaniel College, where she has taught since 1995. She is a Charles A. Boehlke, Jr., Engaged Faculty Fellow at McDaniel, as well as advisor of the college’s chapter of the Phi Beta Kappa national honor society and the Lambda Iota Tau literary honor society.

She has collaborated with LeRoy Lad Panek, Professor Emeritus of English at McDaniel College and a nationally recognized author and historian on detective fiction, in ongoing research and production related to the Westminster Detective Library, a web-based project designed to identify, catalog and publish online all short detective fiction published in the United States before 1891. She is the co-editor of “Early American Detective Stories: An Anthology” (McFarland, 2008) and co-author of “Essential Elements of the Detective Story, 1820-1891” (McFarland, 2017).

Her teaching interests also include 19th and 20th-century American and Southern literature. A graduate of the College of St. Catherine in St. Paul, Minn., with a bachelor’s degree in English, she earned both a master’s and Ph.D. from the State University of New York at Binghamton.

She currently resides in Westminster, Md., with her husband and two daughters.

The New History of Detective Fiction

Traditionally, the history of detective stories as a literary genre begins in the 19th century with the works of Edgar Allan Poe, Charles Dickens, and Wilkie Collins.

Scholars believed that there was no detective fiction published in the United States between Poe’s “Murders in the Rue Morgue,” which has generally been recognized as the first detective story, and prior to the syndication of the first Sherlock Holmes short story, “Scandal in Bohemia,” in 1891.

But, with the advent of digitized newspaper archives, available and searchable on the internet, we began to discover detective stories published as far back as 1820 in newspapers and magazines that had been scanned and were available in databases.

Since 2008, we have been working to catalog and make available online all the short fiction dealing with detectives and detection published in the United States before 1891.

With the help of undergraduate assistants, we have been able to uncover stories that might otherwise have been lost. Currently, our Westminster Detective Library includes 1,300 such stories from 800 to 10,000 words in length, as well as several poems about detectives. We have even come across detective stories written by Abraham Lincoln, Mark Twain and Walter Whitman. It continues to be a work in progress.

We’ve also been able to draw on this online collection in order to examine detective fiction during its formative years. By focusing on such crucial elements of detective stories, such as setting, lawyers and the law, physicians and forensics, women as victims and heroes, crime and criminals, and police and detectives, we have learned about the issues that plagued society. It continues to be a resource for future research.

Through our work, we have been able to rewrite the history of the genre by showing its development while uncovering the roots of modern detective fiction.