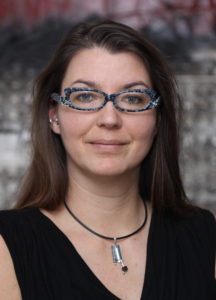 The view of immorality is different for children and adults.

Christina Starmans, postdoctoral associate in the department of psychology at Yale University, explores why adults and children think different groups of people react differently when looking at the same situation.

I am currently a Postdoc in Psychology at Yale University. I work in the Mind and Development Lab with Paul Bloom, and also in the Human Cooperation Lab with David Rand.

My research interests lie at the intersection of psychology and philosophy, and much of my work focuses on our naive theories about the physical and social world. In particular, I’m interested in how adults and children think about humans and other agents as both bodies and “souls” — that is, as both physical and psychological entities. A second line of research explores our commonsense ideas about knowledge and belief.

We’re all often tempted to be bad—to lie, or cheat, or act selfishly. But often, we override these immoral temptations and act morally nonetheless. Other times, what we want to do and what we think we should do are aligned, and so we easily do the right thing. In our research, we’ve been interested in how people think about this inner struggle. Who is the better person: the one who acts morally while tempted or the one who is never tempted at all?

To explore this question, and how these moral judgments might change over our lifetimes, we asked a group of adults and a group of 3-8-year-old children about two characters who both did the same morally good action—say, telling the truth, or helping someone. In each case, one of the characters struggled with the temptation to act immorally, but ultimately overcame that temptation and acted morally anyway. The other character wasn’t tempted to act immorally, and easily did the right thing. Then we asked which character deserved more moral credit.

We see these findings as reflecting a fascinating developmental shift. As children, we start by preferring people with simple and unified inner lives. But as we experience our own inner turmoil, we come to appreciate moral complexity, to admire the very human act of experiencing the temptation to act immorally and yet having the power to resist it.