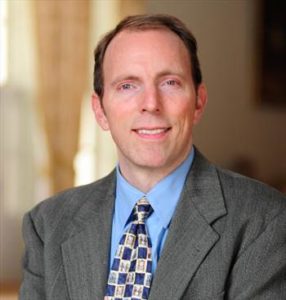 Who is your hero?

Bruce Peabody, professor of political science at Fairleigh Dickinson University, explains what heroism teaches us about the divide between elite and public opinion.

Professor Peabody’s research interests include American heroism, constitutional reform, judicial independence, the separation of powers, law and politics, and popular culture. His work has appeared in scholarly journals, law reviews, newspapers (such as the New York Times), and blogs such as Talking Points Memo.

Heroes seem to be everywhere in American society. We can find them in the 2016 presidential campaign (when then candidate Trump questioned the heroic status of Senator John McCain), in blockbuster movies like “The Avengers,” and in debates about increasing mental health and other services to U.S. veterans.

But our recent research shows that journalists and politicians are drawn to hero talk much more than the general public. Presidential references to heroes increased dramatically after the 1970s, when officials like Ronald Reagan and Bill Clinton singled out allegedly heroic individuals to advance policy goals and bolster declining political trust.

Media references to heroes follow a similar arc. But the growth in newspaper and magazine mentions of heroic figures over the past forty years has been part of a strategy to boost readership rather than secure votes. In an increasingly competitive and technologically volatile environment, writers and publishers turn to hero stories because they provide a recognizable and dramatic way to package content.

And how about “We the People?” Public opinion polling shows that ordinary citizens aren’t eager to designate people as heroes, and generally insist that heroism is only achievable by a few. Our research focus groups confirm this sense that heroism requires high standards of valor, assuming great risk, and standing for a cause larger than oneself.

The different ways in which elites and the mass public talk about heroes is important for two major reasons. First, it’s another indication of the lingering divide between Americans and some of their leading institutions. Second, the gap in how regular people, journalists, and elected officials use heroes tells us that we may have lost what has historically been an important tool for getting people to contribute to difficult causes such as war or economic sacrifice. Thanks to news coverage and political rhetoric, we’re awash in hero talk, but It’s not obvious the public is listening.