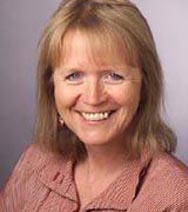 How do you better vaccinate a newborn against tuberculosis?

Research in my laboratory is concerned with the growth factor activities of the hormone prolactin. These growth factor activities occur in many tissues including the pituitary, breast, endocrine pancreas, liver, prostate, and cells of the immune system. Although most prolactin is produced by the pituitary, some is produced in these other tissues where it may act as an autocrine or paracrine growth factor. In four of these tissues we have demonstrated antagonism between unmodified and phosphorylated prolactin in the regulation of growth, an antagonism which can be disturbed, leading to abnormal cell proliferation. In the case of the prostate, we have demonstrated that a molecular mimic of phosphorylated prolactin effectively inhibits metastases and growth of the primary tumor of late stage human prostate cancer cells in an animal model. Clinical trials will begin shortly. Other projects include effects of the molecular mimic on the development and progression of breast cancer and pituitary tumors. Thus we investigate the posttranslational modification of prolactin, the regulation of prolactin release, prolactin-receptor interactions, signal transduction and effects on gene transcription in each of these tissues. The laboratory uses a wide spectrum of techniques ranging from microscopy to molecular biology to whole animal physiology, each of which may be applied to answer a particular question.

Right from birth, babies begin a program of vaccinations to protect them from serious diseases. However, there are some serious diseases for which vaccination as a newborn is just not very effective– One such serious disease is tuberculosis or TB. TB is a huge problem worldwide, especially with increasing development of antibiotic-resistant forms.

We have discovered an alternate route for vaccination that can lead to superior immunity against TB in the newborn.

What we have shown in mice is that when mom is vaccinated against TB prior to pregnancy, she produces immune cells that will attack TB-infected cells. When she produces milk after the birth of a baby, these immune cells pass in the milk to the baby and from the milk into the baby’s body.

We have clearly shown that the cells come via the milk by showing their presence in babies suckled by vaccinated foster moms. Also, the more times mom has received a booster shot prior to pregnancy, the greater the number of disease-fighting cells present in milk and passed to the baby

This happens in human infants, likely for about the baby’s first 3 months when their stomachs have yet to become very acid. The cells that come from mom are directly protective in the babies for a short while, but they will eventually die.

What is totally new and much more important in our study is the demonstration that some of mom’s cells migrate to an organ in the baby known as the thymus. Once in the thymus, mom’s cells are used as a model for the baby to produce its own copy.

These newly-formed baby cells can produce both immediate and life-long immunity against TB.